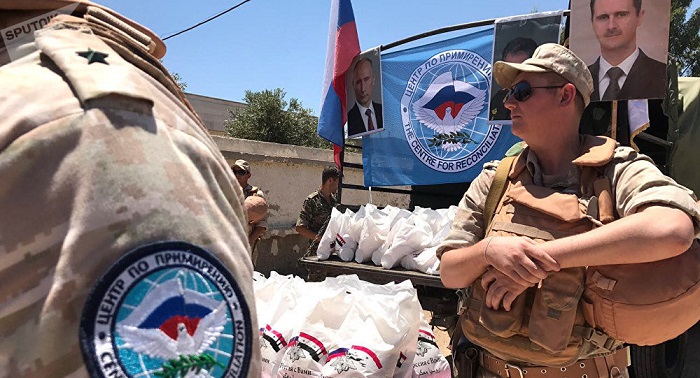 Refugees in Syria Appeal to Moscow for Help

In November, Russia proposed providing humanitarian aid to refugees located in the US-controlled area of Syria but is still waiting for the US to make a decision on the issue.

Syrian refugees living in the al-Rukban camp on the Jordan-Syria border have appealed to Russian and Syrian authorities for help due to the extremely difficult humanitarian situation caused by the actions of the US military, a source familiar with the matter said.

According to the source, the negotiations between the Russian and US militaries also addressed the proposal of the Syrian government to relocate refugees from al-Rukban to Damascus, Homs and Deir ez-Zor provinces that are under the control of the government’s forces.

He noted that thanks to Russia’s initiative to assist in humanitarian convoys, the Syrian authorities had agreed to ensure the delivery of assistance to fellow Syrians in al-Rukban, but only in the event of cargo being fairly distributed.

The al-Rukban refugee camp is located in the Homs province some 11 miles (18 kilometers) south of the al-Tanf settlement and inside the US-controlled zone on the Syrian-Jordanian border. In early November, the Russian Reconciliation Center for Syria accused the United States of establishing a training camp near the al-Rukban refugee camp to forge a new “moderate opposition” out of various militia groups.

In late November, Russia proposed to the US military stationed in al-Tanf to jointly ensure the safety of humanitarian aid deliveries to refugees. The US-led coalition agreed but claimed that it had not received confirmation that the Syrian authorities were ready to let convoys pass.

Earier this week, the head of the Russian Center for Syrian Reconciliation Lt. Gen. Sergei Kuralenko said that Russia was still awaiting a response from the US forces on coordination to ensure the security of humanitarian aid deliveries to the refugees.