Latest Posts
16:56
Home Islamist Movements Putin in a phone call to Al-sisi “discussing the latest developments in the Middle East” 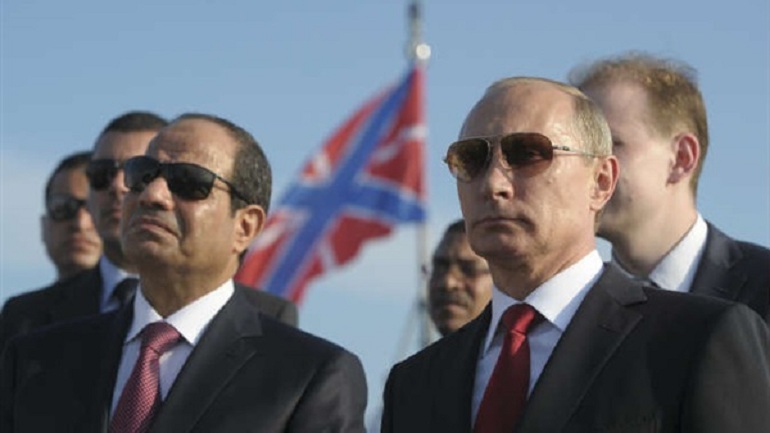 President Abdel Fattah al-Sisi received a phone call from Russian President Vladimir Putin on Monday afternoon. Ambassador Bassam Radhi, the official spokesman for the presidency, said that the two presidents discussed during the call the latest developments in the Middle East and the joint efforts to restore stability in the region.

The two presidents spoke about political solutions to the existing crises, especially the Syrian and Libyan issues within the framework of the relevant UN resolutions. And in a way that achieves a long-term peaceful settlement.

Russian President also paid tribute to the Egyptian efforts to achieve Palestinian reconciliation. Putin expressed his condolences to the President on the victims of the terrorist attack on worshipers at the Al-Rawda mosque in northern Sinai. He affirmed Russia’s support for Egypt’s government and people in its efforts to combat terrorism.

Al-Sisi stressed in this regard the hard will of the Egyptian people to fight terrorism, And the strong will of the armed forces, police and security services to defeat terrorism.

The two sides also discussed ways to strengthen bilateral relations between the two countries. The two presidents stressed the importance of continuing the continuous work of activating the frameworks of joint cooperation in a number of fields in light of the distinguished relations between the two countries and friendly peoples, especially in the military, commercial and transport fields, In the construction of the nuclear plant with the faucet.