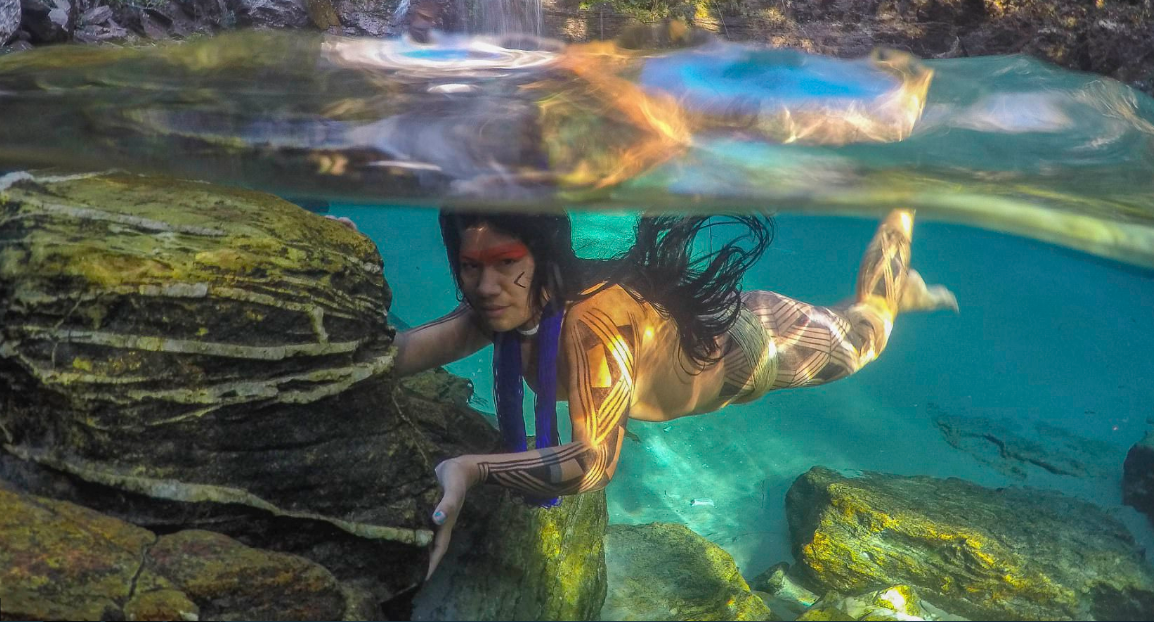 In his project “what life was like for remote communities” Ricardo Stuckert the 47-year-old Photographer started to capture native Brazilians in 2015.

He said: ‘The pictures show the traditional way of life of these people who live in harmony with nature. They provide an overview of the contemporary situation of the indigenous people in Brazil.

They live in perfect harmony with nature and show that it is still possible to survive-in some areas, of course-even in a very technological society. Indigenous people were the first to live in Brazil. We owe them an important part of every aspect of our culture.

They are warriors that still fight against a lot of adversities. They love nature and fight for it. That’s why I decided that my present project is to publish a book titled Brazilian Indians in 2018, as part of an effort to help them.

These photos offer a rare glimpse into the lives of this tribe, and show the indigenous Kamaiurá people diving underwater and swimming beneath a waterfall in the Amazonian basin.

The tribe, which has a population of just over 500, lives in the Upper Xingu region around Lake Ipavu, four miles from the Kuluene River. The Kamaiurá, whose name means ‘a raised platform to keep meat, pots and pans’ were first contacted by the outside world in 1884.

Its population was ravaged by disease in the 1950s but the region was declared a national park by the Brazilian authorities in 1961 to prevent the spread of deadly epidemics. The Kamaiurá society spans a number of villages while their diet consists mainly of fish, porridge, pepper and bananas. 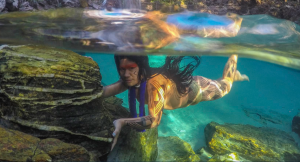 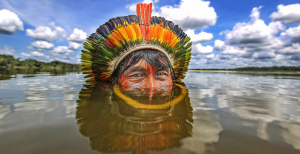 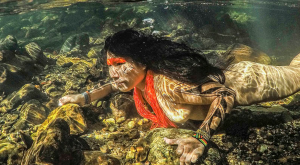