Latest Posts
16:56
Home News After the Palestinian-Egyptian summit: there is an Arabian movement looming 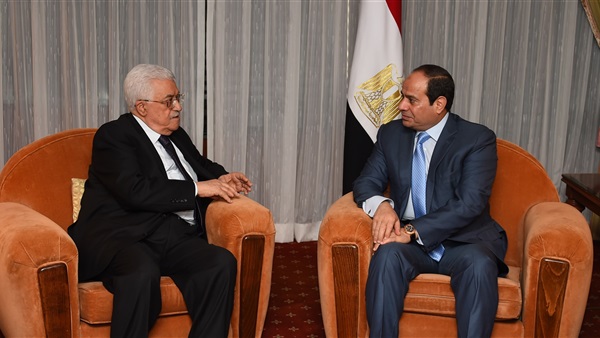 After the Palestinian-Egyptian summit: there is an Arabian movement looming

Palestinian presidential spokesman Nabil Abu Rudeina confirmed that the Palestinian-Egyptian summit held between President Mahmoud Abbas and his counterpart Abdel Fattah al-Sisi was important and supportive of the Palestinian position.

Abu Rudeina said in a statement to the Palestinian news agency “Wafa” after the end of the meeting held at Al-athadaya  Palace in Cairo, “It was agreed to continue and consultation and coordination in the next stage, Abu Rudeina added that “there is an Arabian movement will be held to preserve Arab rights in the next stage.”

The Egyptian president met with his Palestinian counterpart Mahmud Abbas Monday in Cairo, where both sides discussed ways to deal with the serious repercussions of the United States’ decision on Jerusalem.

Both presidents agreed to continue coordination and intensive consultation, and exploit the international momentum unanimously rejecting the recent American decision to preserve the rights of the Palestinian people to establish an independent state with East Jerusalem as its capital, according to a statement issued by the Egyptian presidency.