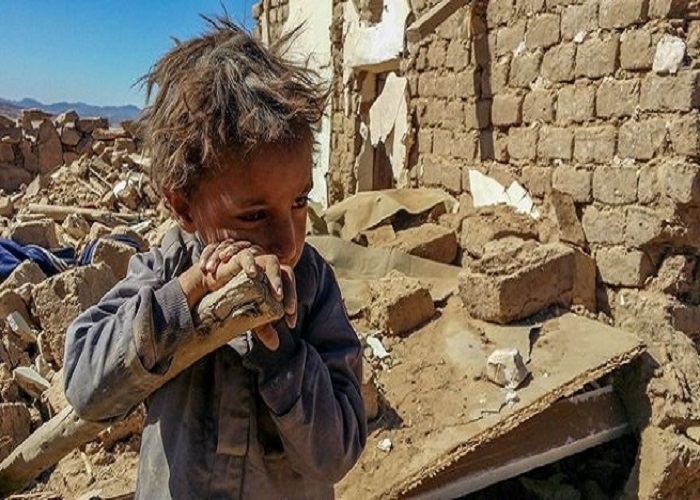 UNICEF: 400 thousands children in Yemen are at risk of death

Thousands of children are at risk of malnutrition and death in Yemen, UNICEF warned in a statement.

“The recent closure of all ports and airports is making an already catastrophic situation even worse,” Lowcock continued

After the closure, the Red Cross and the United Nations urged the coalition to re-open an aid lifeline to allow food and medicine imports to Yemen, where seven million people are facing famine.

The Saudi-led coalition ordered the opening of the southern port of Aden to permit commercial and aid ships to enter Yemen. Aden is currently the temporary capital of Yemen, since the Iranian-backed Houthi group took of Sana’a in 2014.

The civil war in Yemen has remained a stalemate for two years, with a failure of any mediation from the UN or neighboring Arab countries.