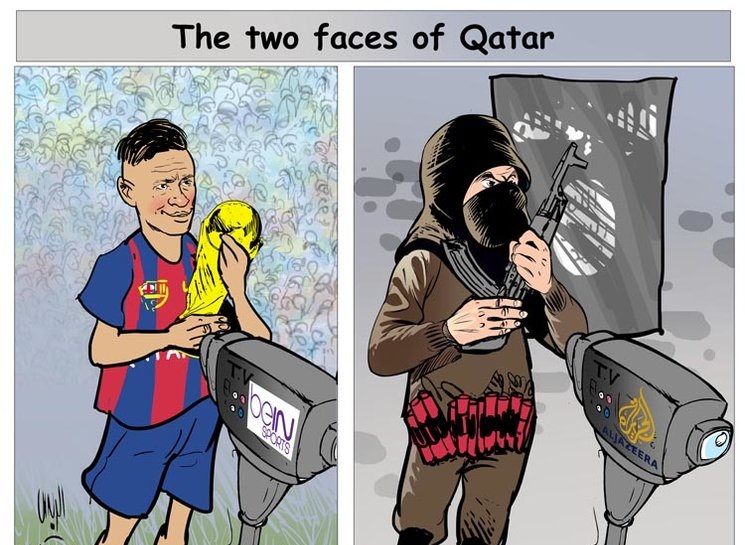 Since assuming the throne in 1995, Sheikh Hamad has not stopped healing this old frustration by establishing Al-Jazeera Channel in the following year. This was the channel that stabilized Qatar's position on the world as the prince pledged himself, as well as by initiating mediation diplomacy that made him a friend of Israel, Hamas, the Americans, Saddam Hussein's regime and Iran all at the same time

Qatar, Why such Megalomania?!

Those who are questioning about the reasons for which this extremely tiny state seeks to become always a center of attention for twenty years should search for the answer by delving into the past.

Hamad, the Second – who later became a prince – was a young student at the British Royal Academy Sandhurst in the 1970s, who was upset when he sees at each time he crosses with his passport at European airports, policemen asking him, “Where does Qatar lie?”. Since assuming the throne in 1995, Sheikh Hamad has not stopped healing this old frustration by establishing Al Jazeera Channel in the following year. This was the channel that stabilized Qatar’s position on the world as the prince pledged himself, as well as by initiating mediation diplomacy that made him a friend of Israel, Hamas, the Americans, Saddam Hussein’s regime and Iran all at the same time. It is a malicious way that could have helped him to uncover the logic of “playing on all sides” diplomacy or the desire to seize all opportunities for survival which constituted a long-term danger.

When Qatar won the FIFA World Cup organization, some said that this is a paranoia, as an event that the majority of the Qatari people can do without, especially when we know that this people does not like sport in general and football in particular. It is also a paranoia that Doha decides to buy the famous French football team Paris Saint-Germain FC on the advice of its then-friend Nicolas Sarkozy.

In this quest for power, the Arab Spring will play a more important role by betting on its Muslim Brotherhood allies whose leaders have been accommodated during their exile in Doha. Suddenly, Prince Hamad saw himself as the leader of the new Arab world born in the distance from Cairo to Sanaa, passing through Tunisia and Damascus.

The Libyan crisis is the climax of this ecstasy that made one of the former friends of the prince’s say: “Seeing the Qatari flag alongside the American, British and French flags in the NATO war chamber made Hamad fancy that he had become a global partner, but he was wrong”. Moreover, when Tamim succeeded his father in 2013, a commentator said: “Qatar will be wise”. The heir actually betted on domestic situation as a priority in a country that part of its population began to complain about members of the royal family who bought hotels abroad and expensive luxury paintings.

In fact, Qatar did not subside unless very moderately as it continued to finance or allow some persons to fund what is believed to be members of Islamist groups in Libya and Syria or by doubling humanitarian aid across Europe and Africa. There is inevitable time for diplomacy to become a geographical reality. A small country like Qatar cannot claim its ability to compete with its neighbors, Saudi Arabia and Iran. This was what Riyadh, Cairo and Abu Dhabi wanted to make it understand in 2014, when the first crisis with its neighbors broke out, and then in last June, when they were fed up with this paranoia and pounded hard on the table as if they are saying: “Enough is enough!”. 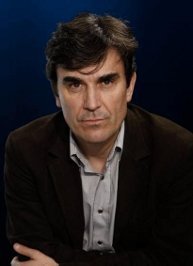 Qatar; why such paranoia? By Georges Malbrunot