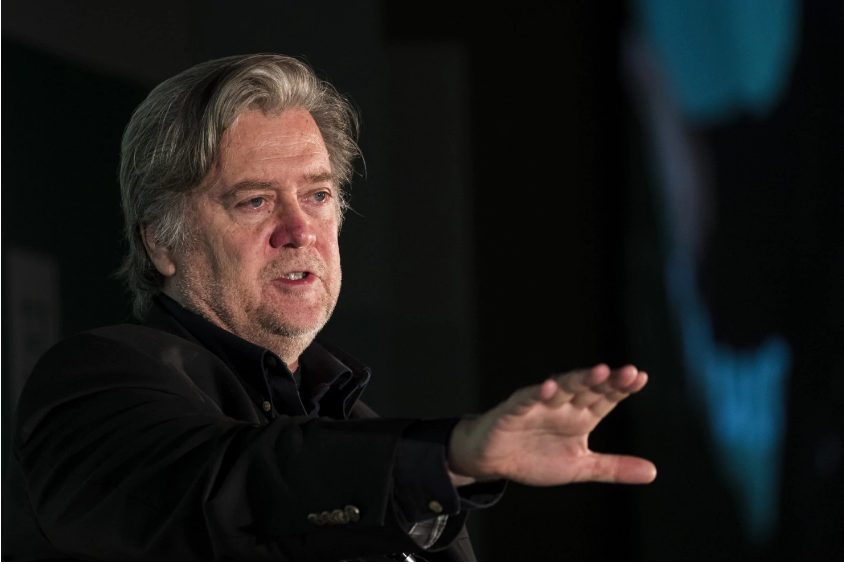 The ongoing Persian Gulf dispute over Qatar is the “single most important thing happening in the world,” including the current standoff between the United States and nuclear-armed North Korea, former White House chief strategist Stephen K. Bannon said Monday.

Bannon said that “Qatar had to be called to account” for terrorism financing, and indicated that a plan by Saudi Arabia, the United Arab Emirates, Egypt and Bahrain to cut all ties with Qatar and close their borders to it was transmitted to the administration in advance.

Their action was taken during the first week in June, shortly after President Trump completed a late May summit meeting in Saudi Arabia that also included Qatar and other members of the Gulf Cooperation Council.

“In setting up the summit, I took a very hard line on that,” said Bannon, who resigned his White House position in August. “I thought the U.A.E., Egypt and the Kingdom of Saudi Arabia had a well-thought-through plan . . . if you cut off funding, you could really have a chance to eradicate” funding for terrorist groups such as the Islamic State and al-Qaeda, he said.

Bannon spoke at a conference on Qatar, Iran and the Muslim Brotherhood at the Hudson Institute, a Washington-based think tank. Since leaving the White House and rejoining Breitbart News as its executive chairman, Bannon has concentrated in most of his public appearances on domestic politics and challenges to establishment Republicans who he says are blocking Trump’s agenda.

But he returned, at the Hudson conference, to national security and praise of what he described as Trump’s record of combating “radical Islamic extremism.” The reason Trump was elected, Bannon said, was because the American people decided he would “be the best commander in chief in a time of war.”

At the time of the Saudi-led quartet’s action against Qatar, the administration said it was not told in advance, although Trump immediately praised it and said he agreed. In contrast, Secretary of State Rex Tillerson and Defense Secretary Jim Mattis declined to take sides and called for immediate negotiations to end the dispute.

In the same context, the four countries have demanded that Qatar end what they say is financial support for terrorism, as well as attempts to undermine their governments by allowing their political opponents to live within its borders. They have also demanded that Qatar curtain its relationship with Iran, with whom it shares ownership of the world’s largest natural gas field.
In other remarks at the conference, retired Gen. David H. Petraeus, the former director of the CIA and commander of U.S. forces in the Middle East, spoke of Qatari contributions to U.S. military efforts in the region, including the provision of the Central Command’s regional headquarters and a major air base.

Although Qatar could make some changes, Petraeus said, “I do think we have to be careful not to overdo it.” Citing the importance of regional unity to U.S. national security interests, he said of the gulf dispute that “We’ve got to get this past us. They need to come back together.”

Turkey must face a reckoning for its crimes in Iraqi Kurdistan