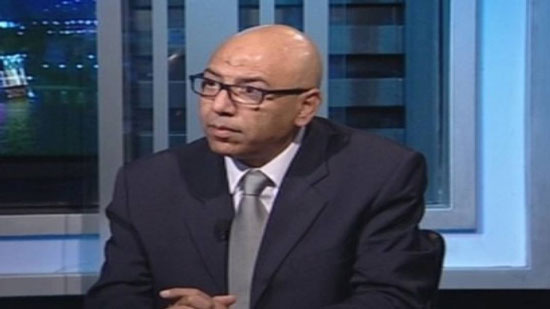 Khaled Okasha, a colonel and a member of the National Counter-Terrorism Council

Terrorists in Sinai cut off from everything: Anti-terror council colonel

“Managing to cut off funding to terrorists is proof of the state’s might; which is also an important factor contributing to the increasing losses of terrorist organizations in Sinai,” Khaled Okasha, a colonel and a member of the National Counter-Terrorism Council said in an exclusive interview with Egypt Today Tuesday.

Okasha has also spoken about Egypt’s strategy in combatting terrorism, and how terrorist elements are fleeing into the western region, near the border between Egypt and Libya.

First, how will the National Counter-Terrorism Council deal with the recent terrorist operation in Giza?

The Council is working on developing counter-terrorism plans and strategies on an ongoing basis and works at this stage to lay a solid foundation for the fight against terrorism, in addition to establishing permanent measures for all security agencies to follow in action.

Does this mean that terrorist cells are evolving and that the Giza operation is a paradigm shift in terrorist operations?

There is a qualitative development in terrorist operations. After being cornered in North Sinai with the Armed Forces and the police taking control of the situation there, terrorist organizations are seeking to transfer their operations to the western border sometime in the coming period. I emphasize again that the events in Libya are a key factor.

Does that mean that there is substantial funding for terrorists coming from Libya and that funders are attempting to transfer the activities of terrorist groups to the western region of Egypt?

There are some countries that support terrorist camps and organizations inside Libya and these camps include one for Egyptian terrorist elements; which is financed with millions of dollars and aims to affect Egyptian national security.

But there is an extraordinary effort being exerted by the Libyan National Army and Khalifa Haftar in Libya.

They are actually exerting extraordinary efforts; nevertheless, the possibilities are still limited under the incursion of terrorist groups, with countries supporting terrorism in Libya, as well. It’s not in these countries’ interest to stabilize the situation there especially as they seek to influence Egypt and its neighbors, but it’s still too early to eliminate terrorism there.

How do you handle the threat of Egyptian citizens that are returning from Syria, Iraq, and Libya, and how will the state (Egypt) deal with them?

The state has already been working on this issue for a long time and has not taken dealing with those returning from terrorist organizations lightly. The state has many tools to prevent them from affecting Egyptian national security. I affirm that the country is strong and determined to fight terrorism with the utmost decisiveness and resolve, and will not allow dark groups to have any impact on the state and its citizens.

Has any kind of information started to reveal itself concerning the Giza attack to the concerned authorities?

There is indeed information that is starting to surface about the existence of weapon depots on the western border, and the Armed Forces and the police are working to attain access to these warehouses, which are used by terrorists. Sweep operations are still working to locate the missing officer, in addition to the cell that is executing this operation.

How would you describe the successes of the state in confronting terrorism in Sinai and its success in cutting off support and funding for terrorist organizations there?

Managing to cut off funding to terrorists is proof of the state’s might; which is also an important factor contributing to the increasing losses of terrorist organizations in Sinai.

That is why terrorism is working on changing its direction to the western region. The state is working to develop its tools to secure the western borders completely and there is still a lot of work to be done.

Do you think some states are dealing with double standards in regards to terrorism?

Yes, and this is an important question because some countries are trying to wane Egypt’s efforts in the fight against terrorism. However, now they see that Egypt is in a real war against terrorist organizations and against terrorism itself. All agencies in Egypt are working to counter terrorism and confront it in a decisive manner and prevent youth from being lured into it.

Finally, what actions will the state take in the coming period to counter terrorism?

The state will work on developing more robust solutions and will develop counter-terroristic methods, and data analysis. All agencies will implement new measures stressing that solutions need to be found, in addition to measures for preemptive strikes to prevent further terrorist operations from happening. The state’s borders will also be bolstered to prevent any operations or groups from smuggling in or out, especially in terms of smuggling weapons. This is in addition to increasing the security of vital and security institutions. The State is working on setting and fully developing solutions.