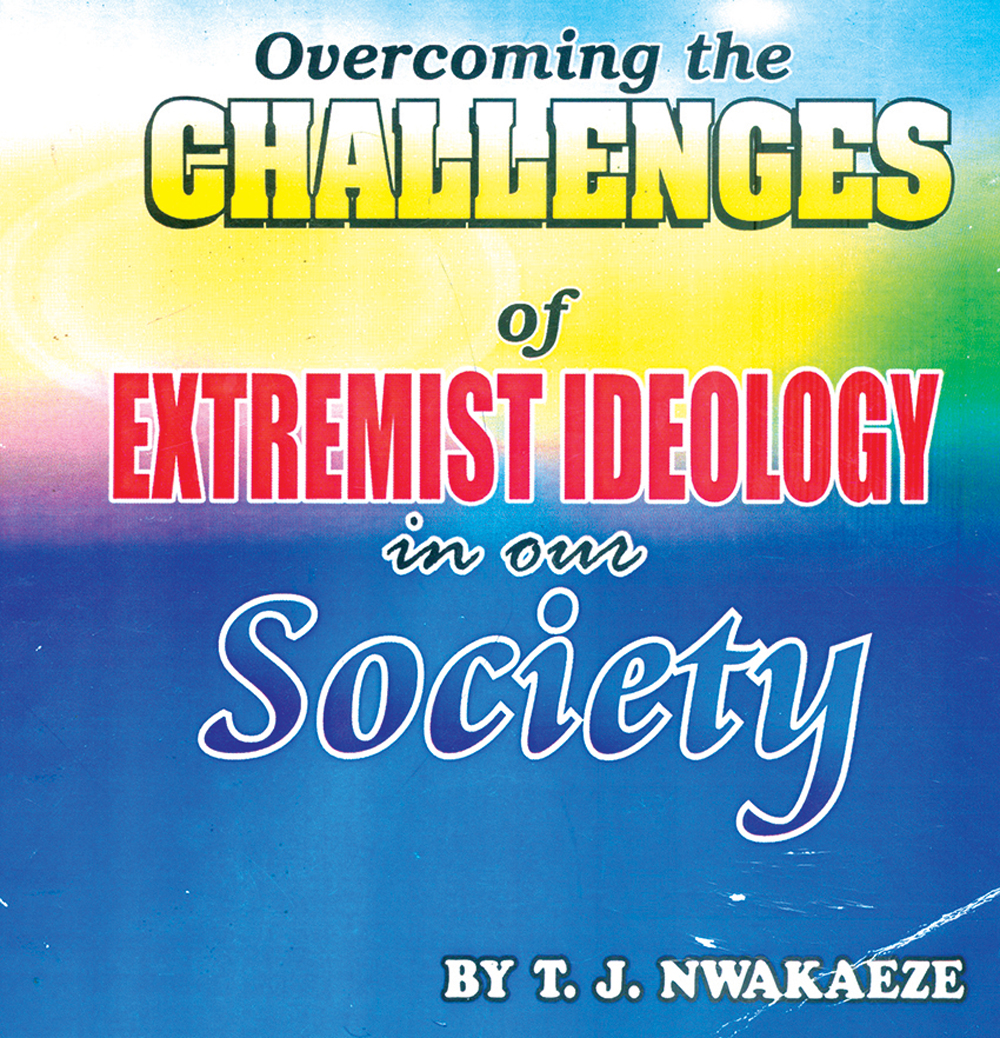 The book, Overcoming the challenges of extremist ideology in our society, written by T.J Nwakaeze, is not only a commendable effort in global peace advocacy, but also a courageous work in the sense that it boldly pronounces the truth which many writers shy away from.

The author’s message, which he calls counter ideology, comes in form of reasoning and discussion with adherents of extreme religious ideology. Like God, Nwakaeze invites to a round-table, those who shed their fellow  human’s blood in the name of fighting for God.

He appears to say to them: ‘Come let us reason together. The God who made heaven and earth cannot delight in his servants shedding other peoples’ blood because you want to convert them to your religion’. He defines extremism as “belief or support for ideas or actions far from what most people consider correct or reasonable…usually accompanied by illegal and violent actions.”

Making reference to some statistics, the author computes that about 15,000 lives have been lost to religious extremism in Nigeria, France, the United States, and other countries between January 2016 and July 2017. He advises people to resist teachings and religions that promote enemity, intolerance, and hate among people. With force of logic, Nwakaeze discusses both the danger and the lie inherent in the belief that one is fighting for God. And we should all agree with this author. God, indeed, is able to fight for Himself. “He (God) can generate earthquake that can destroy all the continents,” writes the author, “He can cause the ocean to swell and cover the whole land mass of the earth. 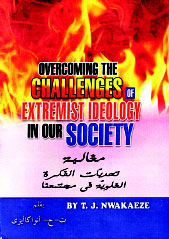 He created the thunder and the lightening, the lion and the eagle. He has the capacity to avenge himself”…he has all the power to fight for Himself. The book is divided into 8 chapters, dealing with Extremism, Fighting for God, Project the Image of your God, Accident of Birth, The Holy Books, The Wickedness of Men, What is the Name of your God and Bringing the Fear of God into the Society. One outstanding quality of Overcoming the challenges of extremist ideology in our society is the innovative idea of attaching an Arabic translation of the English version to the book. This strategy, no doubt, makes the book attractive to our Muslim brothers and the Arab nations, giving the compendium a global appeal.

Apart from a few minor errors, Overcoming the challenges of extremist ideology in our society is a book all peace-loving citizens of planet earth should, not just read, but practice what is written therein.