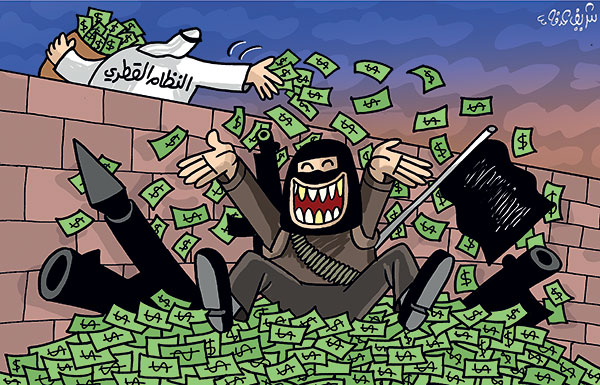 In an unusual move by officials in US Congress and figures working in the US administration, a conference in the capital called on Qatar to find a resolution of its positions between its allies on one hand and Iran and the Muslim Brotherhood on the other.

One of the more prominent speakers was former US Secretary of Defense Leon Panetta, who also served as director of the Central Intelligence Agency under Barack Obama, saying Qatar had funded terrorist organizations.

“Qatar has a mixed record. We know that they provided financial support to the Muslim Brotherhood, terrorism, Hamas, Al-Qaeda and the Taliban,” Panetta said.

“The problem is that they cannot receive one thing and it’s opposite,” Panetta added.

Panetta was pointing out that Qatar had close ties to the United States and was hosting a huge US military base on its soil while also funding terrorist-branded terrorist organizations such as Al-Qaeda.

Republican Rep. Robert Bettinger, a member of the counterterrorism subcommittee, revealed that he had met with the Emir of Qatar three times and met with the Qatari ambassador in Washington many times.

“Frankly, the emir told me that we helped Al-Qaeda in Syria because we hate Assad,” Bettinger said.

Many, and in particular General David Petraeus, called for bridging the rift in the Gulf relations and called on the GCC to “overcome the matter and return to one another.”

“We cannot coexist with the fragmentation of the GCC,” Petraeus added.