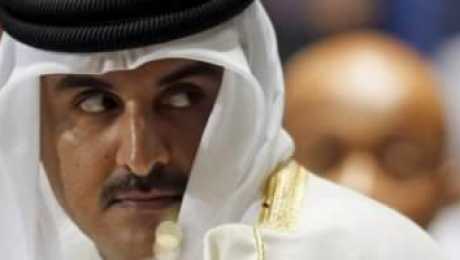 Cairo – The Qatari Emir, Tamim Bin Hamad Al-Thani, has ordered the imprisonment of at least 20 members of the Qatari ruling family for reasons related to rejecting the Emir’s policies, French magazine Le Point reported on Friday.

The French magazine reported that Jean-Pierre Marongiu, a French businessman who said he was unjustly arrested in Doha under charges of issuing fake checks, said he saw members of Qatar’s ruling family in prison.

“The twenty inmates in my cell include six of the Qatari ruling family,” Marongiu told Le Point as reporters contacted him by telephone. “Their charges would always be the same; fake checks, embezzlement, malversations, and for the young, drug possession,” he added.

Some of the imprisoned sheikhs told the French businessman that they were arrested by the Emir’s for supporting the Anti-Terror Quartet (ATQ) in its stand against the Qatari regime, particularly Saudi Arabia.

Marongiu told the magazine that four members of the royal family revealed their names, while others preferred not to do so, as they fear for their lives.

The arrests against Qatar’s ruling family have doubled since June 5, when Egypt, Saudi Arabia, the UAE and Bahrain decided to cut ties with the tiny Gulf emirate over its support to terrorism and the regional foe Iran, as confirmed by the detained members.

The oppressive step committed by the Qatari Emir is seen as adding insult to injury while the majority of Qatari citizens are already starting to turn against the regime of Hamad Al Thani, as seen by observers; however, this is not the first time for the Qatari ruler to take such action against the noble families and tribes of Qatar.

On September 16, leaders and notables of Al-Murrah tribe in Saudi Arabia, Qatar and other Gulf countries held a meeting in Al Ahsa governorate, east of Saudi Arabia, to declare their joint support to head of the Al-Murrah tribe in Qatar, Sheikh Talib Bin Lahom Bin Shuraim, against Doha’s move to revoke his citizenship and dozens of his relatives. The reasons behind this are rather similar to why the ruling family members are currently in jail.

Sheikh Talib told Al-Arabiya that Doha revoked his citizenship along with 54 of his relatives.

“The Qatari authorities have become a haven for terrorists and their sponsors, and the subject of discussion is much bigger than nationality. It is a big attack on Saudi Arabia and the Gulf states,” Talib told Al Arabiya.

Al-Murrah tribe represents around one third of the total Qatari population, not to mention hundreds of thousands Al-Murrah tribe members in Saudi Arabia, Kuwait and other Gulf states.

On Friday, a large number of Al-Murrah tribe members gathered on Saudi’s border with Qatar for the first time in ten years, protesting against Qatari Emir Tamim bin Hamad al-Thani and to show solidarity to Sheikh Taleb.

Saud Al-Qahtani, adviser to Saudi Arabia’s Royal Court, said via Twitter that the move by the Qatari government was the beginning of a wave of mass displacement in Doha.

“The Qatari leadership has just hammered the final nail in its own coffin,” Qahtani added on Twitter.