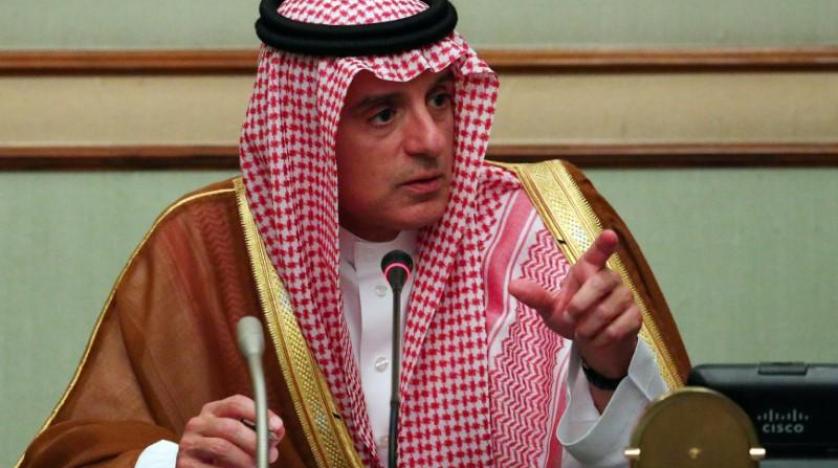 on: October 26, 2017
Saudi Arabia’s Foreign Minister Adel al-Jubeir said on Tuesday that the Iran nuclear deal had shortcomings and that Riyadh backs US President Donald Trump’s position on Tehran.

Speaking at a conference organized by Chatham House in London, he said that Saudi Arabia supports any deal that prevents Tehran from acquiring nuclear abilities, assures strict inspection and includes sanctions in case of any Iranian breach.

He also highlighted the kingdom’s approach to building a strategic relationship with Iraq.

Relations between the Kingdom and Iraq are historic and the two oil-exporting countries have social, economic and geographical ties, Jubeir stressed before an audience that included prominent politicians, journalists and academics.

He attributed previous tension between them to the political regime in Iraq that was not friendly to Saudi Arabia in the 1960s, 70s and 80s. The situation changed after the Iraqi invasion of Kuwait and US invasion of Iraq. He added that Riyadh-Baghdad ties go beyond politics.

In wake of the recent Saudi-Iraqi rapprochement, Crown Prince Mohammed bin Salman decided to adopt an open approach towards Baghdad, kicking off a series of high-level mutual visits that culminated in the establishment over the weekend of the Saudi Iraqi Coordination Council.

Turning to Qatar, Jubeir described the current crisis with Doha as a “non-issue” when compared to fighting terrorism and restoring stability in the region.

“Qatar’s boycott resulted in the signing of a memorandum of understanding with the US to combat the financing of terrorism, and the Qatari authorities have allowed officials of the US Treasury Department to enter Qatari banks,” he added.

The international community agrees on these goals, but the real challenge lies in fulfilling them, he noted.