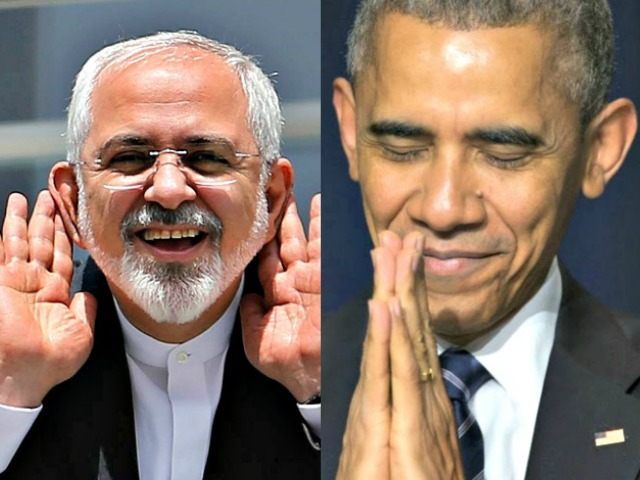 Former U.N. Ambassador John Bolton joined SiriusXM host Raheem Kassam on Thursday’s Breitbart News Daily to talk about the situation in the Middle East after the fall of the Islamic State, including the threat of Iran, the diplomatic crisis over Qatar, and the possibility of formally designating the Muslim Brotherhood as a terrorist organization.

“The Obama anti-ISIS policy rested in large part on supporting the Baghdad government in Iraq, supporting their regular military forces and their Shia militia forces against ISIS,” Bolton explained. “Now, Obama helped others: the Kurds very importantly, opposition forces in Syria, other Arab states like Jordan. But the bulk of the assistance, the armor, the artillery, the training, the advisers, were given to the Baghdad government and its troops.”

“What that did was play directly into the hands of Iran. which shared our objective of destroying the ISIS caliphate but had other, further-on objectives that we either didn’t see, or Obama didn’t care about,” he continued. “When Trump came in, the bureaucracy just kept pursuing the Obama strategy. I’m not aware that anyone from the Defense Department, the National Security Council, the intelligence community, the State Department said to Trump, ‘You know, there are other ways to do this, so that when we do destroy ISIS’ – and as you point out, we’ve captured their capital, I think it’s now really a very short time before ISIS will lose control of any physical territory in the region.”

“We have not understood that one consequence will be measurably to strengthen Iran’s hand, to give them the ability to link from their own territory in Iran through the Iraqi territory controlled by the Baghdad government, linking up with the Assad regime in Syria and the terrorist Hezbollah in Lebanon,” he cautioned.

“The failure to give the president those options means by continuing to pursue the Obama strategy, we’ve left ourselves and our key allies, like Israel and many of the Arab states in the region, at a disadvantage. We’ve also left the Kurds at a disadvantage. This is one of the consequences of not taking full control of the government when a new president comes in. Unfortunately, I think we’re going to feel the lessons of this failure in fairly short order,” he said.

Bolton scoffed at the notion spread by Obama administration defenders in the media that President Obama’s strategy ultimately defeated ISIS, so President Trump deserves little credit for the victory.

“Trump made some critically important changes,” he pointed out. “He changed the rules of engagement for our service members and advisors, really allowed them to do more by way of influencing the campaign against ISIS. I think most importantly of all he said, ‘I want this done as soon as possible.’”

“Remember what Obama’s slogan was – he wanted to ‘degrade and ultimately destroy’ ISIS. That sounds like a prescription for a decade from now. Trump said we can’t allow any more time to go by than is absolutely necessary, because every day that ISIS continues to control a caliphate, it can train and dispatch terrorists into the West and carry out all kinds of other very threatening activities across the region,” he said.

“Now, because of the delay in Obama’s strategy, a lot of ISIS’ key leaders and trained terrorists have already gotten out to Libya, to Afghanistan, to Yemen, where they’re going to continue to direct terrorist attacks against the West. But what Trump said was, we’re not going to ‘ultimately’ destroy ISIS, we’re going to destroy it as soon as possible. That was a key shift,” he contended.

“I think, for example, the Qataris are the most forward in terms of just outright state support. They need to change that. They need to stop funding the Muslim Brotherhood. They really ought to bring Al-Jazeera more under control,” he recommended.

“But there’s a way to play both sides of the street – to play the hardline Islamicist side of the street, to distance yourself from some of the other Gulf countries, and yet still have major American forces based in your country,” he added.

“But there’s a lot of support for terrorism coming out of Saudi, everybody knows it. It’s a very rich country with a lot of very rich people,” he observed. “I think what Trump established on his first trip to Saudi is the mechanism to use this antiterrorism coordinating committee. Yesterday Steve Mnuchin, the treasury secretary, in Riyadh, announced sanctions against ISIS and al-Qaeda in Yemen with all of the Gulf Cooperation Council countries. That was a big step forward, including Qatar.”

“I think you’ve got to try to get this difference resolved through agreements that all of them will increase their efforts to stop support flowing from their respective countries, however it’s flowing, to the terrorists, and to focus on what they should understand – and most of them do understand – is the real threat in the region, which is Iran,” said Bolton.

“There’s no way you can defend any country supporting terrorist activity, Sunni or Shia, directed against us or directed against others,” he replied when Kassam quoted charges of hysteria for America’s longstanding support of Saudi Arabia, despite its history of funding extremism.

“Fundamentally, what an American president has to do is protect American civilians, our country, and our interests around the world,” Bolton continued. “The activities of some of our friends are dangerous to us, there’s no doubt about it. That’s why you’ve got to continue to press them. But you also have to keep your eye on where the main threat is coming from, and today the main threat is coming from Iran, and from ISIS and al-Qaeda, but also through groups like the Muslim Brotherhood, Hezbollah, Hamas – I mean, there’s a long list of terrorist groups that are being supported.”

“Not every American ally will be perfect, and that’s just a fact. If you were only going to associate with the most punctilious of states, we would have no allies whatever, because nobody ever lives up to our standards, including us,” he mused with a rueful chuckle. “I just think it’s question of realism in international affairs, and I think if you acknowledge that it’s not hypocrisy, it’s just pursuing American interests in the most fruitful way.”

Bolton said the Trump administration’s delay in formally designating the Muslim Brotherhood a terrorist organization is “another example of the bureaucracy exerting its influence, and what happens when you fail to put political people who are aligned with the president in key decision-making posts.”

“The bureaucracy doesn’t want to designate the Muslim Brotherhood, or any part of it, as a terrorist group,” he asserted. “I’ll just give you a quick example: when I was in the Bush 43 administration, charged with getting the United States out of the Anti-Ballistic Missile Treaty so that President Bush could build a missile defense system to protect us against the likes of Iran and North Korea, I warrant there is nobody among the 400 people reporting to me in the arms control bureaucracy that wanted to get out of the ABM treaty. Their views did not go forward while I was there because I knew what the president wanted. That’s not happening in much of the State Department.”

“Now, look, people say the Muslim Brotherhood is a complicated organization, not everybody is not really a terrorist. I’m prepared to examine that on a case-by-case basis. But the effect of their argument is to say, ‘well, maybe we shouldn’t designate everything,’ the result is we don’t designate anything, which is clearly wrong. I’m prepared to start on a more partial basis and look at the evidence case-by-case. But for goodness’ sake, let’s designate the most obvious aspects of the Brotherhood as terrorists because they surely are,” Bolton advised.