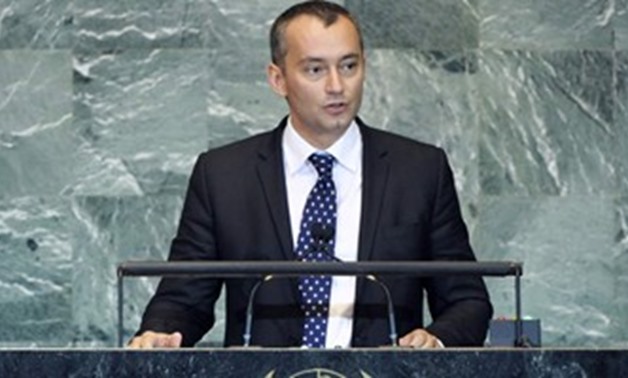 UN Special Coordinator for the Middle East Peace Process Nickolay Mladenov said that Cairo agreements represented the last chance for intra-Palestinian reconciliation. “This opportunity must be well used,” Mladenov said during a visit to the Gaza Strip.

His remarks followed a meeting with the head of Hamas political bureau, Ismail Haniyeh, Hamas leader in Gaza, Yehya al-Senwar, and other officials, with whom he discussed reconciliation efforts between Fatah and Hamas and the implementation of understandings which have been recently reached in Cairo under the auspices of Egyptian intelligence.

The UN coordinator held a closed meeting with Haniyeh and the Hamas leadership, away from the media.

However, well-informed sources said that newspaper that the officials have discussed the possibility to form a UN team to facilitate the implementation of the recent Cairo understandings, adding that Hamas has welcomed the proposal.

Earlier on Monday, Mladenov met with the leaders of Palestinian factions, in the absence of Fatah movement.

The meeting gathered senior officials of the Islamic Jihad, the Popular and Democratic fronts, the People’s Party and other factions to discuss the Cairo agreements, the security situation and siege imposed on Gaza.

In comments afterwards, the UN official said: “The Cairo understandings represent the last chance to complete the Palestinian reconciliation”, calling on all parties to grab this opportunity and achieve its success.

He also noted that he discussed with Palestinian President Mahmoud Abbas a plan through which a UN delegation would contribute to the successful implementation of the agreements and enable the Palestinian government to take over its duties in Gaza.

He pledged that he would personally monitor, along with officials in his office, the process of handing over Gaza’s functions to the government and work together to resolve crises in the area.

Mladenov called on all factions to facilitate the task of the government, especially as it would be dealing with many difficult files, including Gaza employees, the humanitarian needs and the complex living conditions.