Latest Posts
18:49
Home Book Reviews The Necessity of Action in Response to Qatar’s support for Terrorism 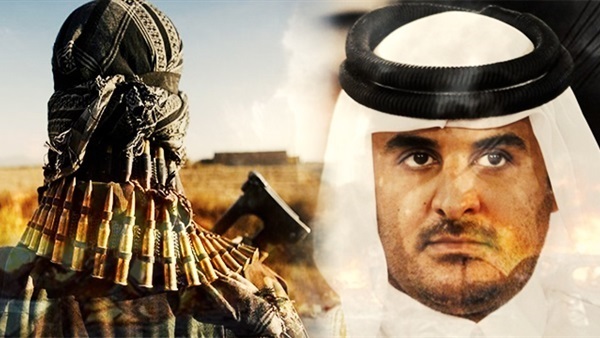 Four Arab states have imposed a range of unilateral measures on Qatar in response to that country’s support for terrorist groups and for allowing the funding of terrorist organizations to take place on its territory. For years, Qatar has been known to provide sanctuary, material and financial support to a range of terrorist actors and extremists associated with the Muslim Brotherhood, Al-Qaeda, the Taliban and Hamas. Additionally, the state has provided private individuals with a permissive environment to finance known terrorist groups. For this reason, the UAE, Saudi Arabia, Bahrain and Egypt have all taken a variety of measures in an effort to curb Qatar’s regionally and globally destabilizing actions.

The threats from terrorism and extremism are very real in the world today. Almost daily, we hear stories about the violence being waged by terrorist actors in places like Iraq, the UK, France, Egypt, the Philippines, and the list goes on. Greater international cooperation is required to defeat terrorism and stop the spread of extremism. Across the world the international community is coming together to this end; yet, Qatar continues to disregard trends against terrorism and extremism. The current situation highlights the need for concerted cooperation among states and international organisations.  Qatar has been responsible for allowing extremist ideology to be broadcast without restraint, it has provided funding and space for funding, and it has not engaged in cooperative action, such as mutual legal assistance, in dealing with individuals designated by the United Nations Security Council, European Union and United States.   In countering the threats from extremism and terrorism action is needed at all levels.

Even though Qatar is a member of the Gulf Cooperation Council (GCC), an organization created to bring together common ideas and practices in the Gulf region, it has long attempted to forge its own unique foreign policy, regionally and globally.  However, when it comes to the matter of counter-terrorism and counter-extremism, there is an international regime in place that needs to be respected in order for it to function, and at the very least, no state should be actively undermining these efforts.  In the Qatar situation it is not a question of that state’s inability to address the threat of terrorism, rather it is the exact opposite of Qatar facilitating terrorism and extremism.

Qatar has a history of undermining global efforts and agreements on counter-terrorism. In the early 2000s, it was known that members of Al Qaeda and the Taliban were enjoying safe-haven and material support in Qatar, even as the United States, the UN and NATO were undertaking substantial measures to counter Al Qaeda’s activities post- 9/11. The US Treasury has documented individuals based in Doha, raising funds and transferring money to Al Qaeda off-shoots around the world.  In relation to the war in Syria, Qatar has been a focal point for terrorist groups seeking funding.

And contrary to Qatar’s claims, Qatar has not been acting as an intermediary for the purpose of bringing armed conflict to an end or for getting groups to forgo violence. It is, instead, allowing terrorist groups and individuals to find safe-haven on its territory and raise funds for their activities.  Furthermore, Qatar directly supports the ideological foundations for this extremist violence by giving individuals such as Yousef Al Qaradawi, the Muslim Brotherhood’s intellectual leader, and Khaled Meshal, Hamas’ leader, public platforms to spread doctrines of hatred and division. This behaviour is especially destabilizing for the region as the GCC and neighbouring Arab states struggle to maintain some semblance of security while surrounded by severe unrest.   The Emir of Qatar has stated that his country has a different view on who may or may not be considered a terrorist.  However, at this stage in the fight against terrorism we cannot have wide divergence on who or what groups may or may not be considered as terrorists, we need to work towards greater convergence.

For the GCC, this discord between Qatar and the rest on the issue of terrorism is not sustainable or acceptable. Through recent actions, the states of the UAE, Saudi Arabia, Bahrain and Egypt are hoping to bring security to the region over the long term through continued and sustained action against terrorism by bringing about a change in Qatar’s policy in relation to supporting extremism and terrorism.

This is not an unwarranted intervention in Qatar’s affairs, but a direct pursuit of a collective approach to the security threats impacting the entire international community. All states should have an interest in calling on Qatar to join efforts to defeat extremism and terrorism. The collective actions being taken are a first step, but the US and Europe should follow in applying pressure on Qatar to align itself with global counter-terrorism efforts.  The support Qatar is giving to extremist voices like Al Qaradawi inspires terrorist activity across Europe.  The direct role of Qatar in supporting Al Qaeda is directly contrary to the US position on security threats facing the world today.  Qatar’s support and permissive approach to terrorism has been well documented and the evidence is clear.  Governments cannot be allowed to take such direct and open action in support of extremist ideology and terrorism, and governments that do, must be pressured to change their behaviour for the support of global security.