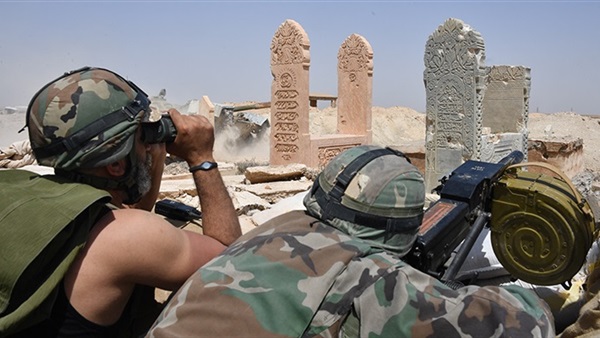 Deir ez-Zor (Syria) – Syrian government soldiers and allied fighters have advanced further towards a government enclave besieged by the Islamic State (IS) group in the country’s east, a monitor said on Sunday.

IS jihadists have held much of Deir Ezzor province and besieged government forces and civilians inside Deir Ezzor city since 2015.

On Sunday, forces advanced to within 10 kilometres (six miles) to the west of the city, the provincial capital, and a besieged military base, the Britain-based Syrian Observatory for Human Rights said.

The city’s residents have survived in part thanks to airdropped humanitarian assistance during the years-long siege.

A convoy of IS group fighters and civilians evacuated from the Lebanon-Syria border and headed towards Deir Ezzor remains stranded short of its destination meanwhile, the US-led anti-jihadist coalition said.

The convoy of 17 buses started out on Monday headed for the IS group -held town of Albu Kamal under a deal negotiated by Syria’s government and its Lebanese ally Hezbollah, a militant group.

But the US-led coalition bombed the convoy’s route and targeted IS group fighters attempting to reach the buses, insisting it would not allow militants to reach Albu Kamal on the border between Syria and Iraq.

On Sunday, the coalition said the convoy had split into two groups, with some buses remaining in the open desert northwest of Albu Kamal and the rest headed west towards Palmyra in central Homs, an area held by Syria’s government.

It said it had offered a plan to save women and children in the convoy “further suffering”, but gave no details.

“We will continue to monitor the convoy, but not allow it to link up with ISIS in the Euphrates River Valley,” the coalition added, using a different acronym for IS group.

The statement said coalition strikes had not targeted the convoy, but had killed around 85 IS group fighters seeking to facilitate the movement of the buses.

Hezbollah has defended the deal, and accused Washington of facilitating similar IS group withdrawals elsewhere.

But Iraq’s government criticized the agreement as “unacceptable”.

Life in lockdown: how our jobs turned upside down