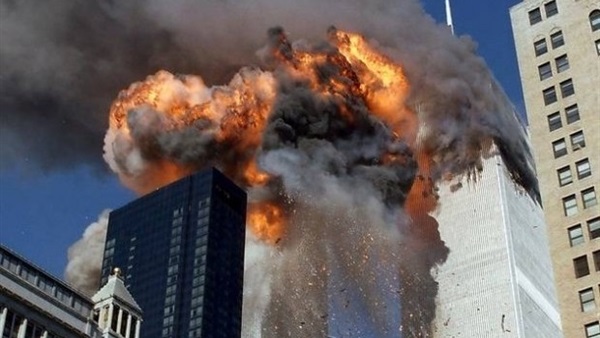 September 11 Events: Attacks with ripple effects across the globe

September 11 Events: Attacks with ripple effects across the globe

Cairo – The September 11 attacks against the World Trade Center in New York and the Pentagon in Washington and the responses led by the U.S. have changed the global system from inclination towards international peace to a new stage marked mainly by clashes and conflicts of civilizations.

Impacts on the Arab World

The Arab world was the spot that suffered the most perilous consequences due to the attacks, bringing a wave of clash between the Muslim world and the West that bears numerous implications on both sides.

Claims that Islam was the source of terrorism re-prompted Samuel Huntington’s conception of Conflicts of Civilization which was thought to be defeated for the sake of Francis Fukuyama’s vision suggesting The End of History. Arab organizations were accused of being behind the attacks and, furthermore, Arab countries were charged by the US with cooperating with the militants who committed the attacks.

Hence, the American administration declared war against terror in the Middle East region including the use of intelligence and security methods in a number of Arab countries, societies, organizations and individuals.

The U.S. declared war against terror was strongly related to the Israeli aggression against the Palestinian Intifada. While Arabs remained devoted to their rejection of terror and admitting the legitimacy of Palestinian resistance to restore their occupied lands, Israeli leaders attempted to exploit these developments to play the role of the agent of the U.S in the Middle East.

Despite the U.S. declared strategy for the Middle East that included the establishment of a Palestinian State in a bid to gain the support of Arabs and Muslims in their wars against terror, the Bush Administration never abandoned backing Ariel Sharon in his massacres against disarmed Palestinians.

With the Arab World subjected to two wars led by the U.S. and Israel, the U.S. mediation in the peace process as well as the roles played by the United Nations seemed to be unclear and impartial.

The U.S, therefore, gained extraordinary hostility among Arabs and Muslims. Through military intervention in both Afghanistan and Iraq, a wide surge of anti-Americanism and support for fundamentalism swept the whole region.

This new fact paved the way for extremist groups including al-Qaeda organization and the Islamic State (IS), later on, to emerge as religious powers calling for the destruction of America and Israel, gaining much support particularly among Arabs who also suffered long autocracy and suppression from political regimes backed by the U.S.

After two American wars against terror as well as security measures that swerved a lot from the U.S. path of democracy and human rights, extremist groups still have the upper hand in the Middle East. Al-Qaeda extremists are still active in Iraq while the Egyptian Army combats daily attacks by Islamist militants in the Sinai Peninsula. In Algeria, al-Qaeda in the Islamic Maghreb has carried out a dozen major attacks since 2002; al-Qaeda in the Arabian Peninsula, which has killed hundreds of civilians in Yemen and Saudi Arabia over the last decade, pursues their attacks against the West.

The Impact of Attacks on American Society

The U.S. government and people will never forget the terrifying moment they saw the twin towers collapsing before their eyes and on TVs. Government had to take quick and decisive measures to calm people down and secure them.

In a speech on September 20, President George Bush addressed the citizens to be “calm and resolute, even in the face of a continuing threat,” promising them that the United States would triumph over terrorism ”stop it, eliminate it, destroy it where it grows,” the president said.

Bush managed to win a broad mandate to launch his war against terror, starting from military operations in Afghanistan in October, the longest war in the U.S. history, and raiding Iraq in 2003 to topple Saddam Hussein.

He won the approval of congressional leaders to soar the military budget to 90%, passed a $40 billion disaster relief bill in September. Homeland Security’s discretionary budget jumped from about $16 billion in 2002 to more than $43 billion in 2011. Meanwhile, the budgets of the Coast Guard, Transportation Security Administration and Border Patrol have all more than doubled since 2001, and in 2002, the USA Patriot Act, which allowed investigators to implement domestic surveillance activities.

The USA Patriot Act made immigration laws more stringent by a series of federal laws streamlining the deportation process for criminals, in the decade that followed the attacks, deportations in the U.S. nearly doubled.

On the other hand the U.S witnessed nearly 600 violence cases against Muslims in the first 10 days after the 9/11 attacks, from the concept ‘You helped this happen.” In Chicago, 500 people mobbed a mosque in an attempt to storm it and attack the Muslim worshipers and in Texas, a Pakistani grocer was murdered. The Americans were really furious and blamed all the Muslims for the death of their relatives and friends, since thousands of American families lost their beloved ones.

However it was the United States that witnessed the planes hitting the World Trade Centre, 9/11 has most often been viewed through its impact on Europe, in the creation of military alliances and announcing the “war on terror” in every single region in the world. Yet 9/11 also influenced domestic arenas in several ways.

Of course, European citizens had security concerns before 9/11, but the attacks certainly contributed to the shift toward a new security agenda. The issues of external security became far more prominent public opinion concern after 9/11. This trend helped in creating public anxiety over immigration, and the presence and Muslim communities. After 14 years, it became crystal clear how those concerns have affected everyone in the old continent.

A number of subsequent incidents that happened in Europe enhanced such fears, including the bombings of London and Madrid, Muslims’ rage because of the controversial Danish cartoon of Prophet Mohamed, the murder of Dutch film director Theo Van Gogh, and the activities of small though highly vocal groups of Islamists.

Some of the anti-terrorism laws, approved by European leaders in response to each wave of al-Qaida terrorist attacks, made explicit links with immigrants. Urgent procedures were adopted to detain and deport illegal immigrants. In Germany, France and the UK, radical Islamists were arrested and deported.

Some of these measures introduced are certainly appropriate for the prevention of terrorism or other forms of crime relating to immigrants. Overall, though, they have had a much greater impact on the lives of innocent foreign incomers and foreign residents who had no intent on committing criminal acts.

Muslims in Europe after 9/11

Restrictions extended beyond new entrants to existing citizens. In Britain, applications for state funding made by schools run by Muslims were repeatedly rejected. Now, only three to five Muslim schools are operating in the UK, compared to thousands of schools run by Roman Catholics. Similar problems emerged in other countries. In France, there was the issue of banning headscarves, besides the frequent opposition to Muslims’ demands to build mosques like in Germany and Italy. Such problems brought back to memory the Islamophobia of several Western communities.

According to studies, physical aggression against Muslims in Europe was disparate and isolated while hostile attitudes expounded in certain sections of the media and political spectrum were counterbalanced by concerted efforts by European government to make sharp distinctions between those who committed the acts of terrorism and that of the general populace. Thus, it has become very likely that Muslim citizens will face disadvantages merely on account of their religious community.

As uncanny as that seems, the 9/11 attacks made a good opportunity for both the United States and Russia to reach a semi-partnership in an endeavor to fight terrorism and extremism. Russia itself was hit by a number of terrorist attacks in 1999, including suicide attacks in the Moscow metro, and plane hijackings.

That immediately helped reach a rapprochement and collaboration between both countries unlike before. Russia actually took advantage of such opportunity to step up to the rescue and support for the States.

The Russian president was the first leader to express solidarity to the American counterpart. Russia played an active role in establishing a broad “anti-terrorist coalition.” it provided support to the United States in Afghanistan, which became the main front of America’s war on terror in 2001-2002.

After years of animosity, the countries had found a common ground in the war on terror, the front line of which was in Afghanistan at that time. Moscow was impressed by the Bush administration’s disregard of the European allies, particularly their decision to invoke Article 5 of the NATO charter, and Washington’s rhetoric to the effect that it would value flexible coalitions of important countries over traditional alliances in its foreign policy decisions and actions. Russia thought it could be one of those important countries at that time. It was only in 2002 that it realized how wrong it had been, according to a Valdai Discussion Club seminar conducted in 2011.

One thing the 9/11 attacks managed to do was raising awareness against terrorism, yet tolerance dwindled towards Muslims, worldwide. Fourteen years on and the threat is alive than ever and will presumably take decades to reach any peace at all.