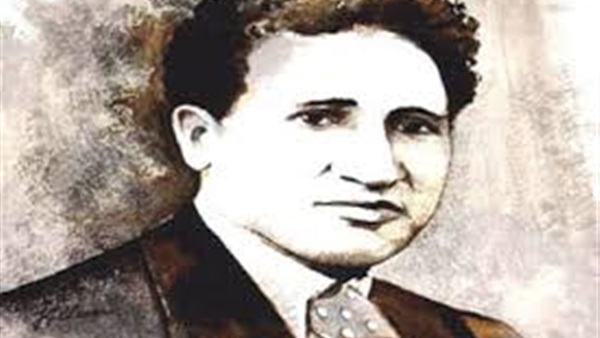 Cairo – September 10 marks the death of Sayed Darwish, the father of Egyptian popular music and one of Egypt’s greatest musicians and its single greatest composer who was entitled as the People’s Artist.

Darwish’s music has depicted patriotic themes and figures including  Saad Zaghloul, the leader of Al-Wafd Party. He wrote and composed his famous song “Ya Balah Zaghloul” to force the British occupation to release Saad Zaghloul from his exile in Malta.

Born in Kom el-Dikka neighborhood, Alexandria on 17 March 1892, Darwish began to connect with music.  When he was young, he used to attend and admire Sheikh Ahmed Nadah and Ibrahim El-Azhary’s concerts in Alexandria.

When he was 13-years-old he finished shames el- madaris linked to Al-Azhar Institute admitted and remained till year two due to his family’s financial circumstances he had to work in several jobs.

By the end of 1908 while he was working as a bricklayer, his supervisor noticed that the construction workers were more productive when he was singing. He offered Darwish to sing for them while paying him the same salary. Next to the site there was a café where the manager of a theatrical troupe, the Syrian Amin and Salim Attalah Brothers, heard him singing and offered him to join them while touring the Sham region.

During his stay in Syria, Darwish studied Arab classical music under Othman al-Mawsily, a master of historic Arab melodies. As a result, he was able to produce a number of pieces in the dawr and muwashahat styles; he had mastered the subtleties and rhythmic intricacies of these forms.

After returning to Egypt, he continued with his musical career and attained a notable reputation as a singer-composer. By 1912, his songs had become highly successful throughout the country. He formed his own troupe, which included the most illustrious Egyptian musicians and singers of the time. He produced many melodies such as “Facmare” “El-baroka” “Rahet Aleik” “Abd El-rahman el-nasr” trying to transfer music into a meaningful thing. He also traveled to Italy to study music at an Italian Institute but didn’t settle there.

A reversal point in his life occurred when he met his muse, Jalila at a wedding, making him stutter in his lyrics. This situation made him enter in the faze of melodic expression more than the vocal expression that was ruling then, some of his melodies were built on situations between him and Jalila.

His musical evolution began when he merged multiple voices and harmonica with the Arabian coral, he also changed rhythms when he created “stand up Egyptian -kom ya masry” and produced the melody of Egyptian uses as their wedding traditional music.

He made music from the streets, created lyrics from the people’s conversations, turning it into music, allowing for music to be outside in the streets instead of its place in the palaces.

During the Khedive Ismail era, the Egyptian classic music was stable and calm but Darwish created a talented diversified musical piece such as “Kan el-sitan” that was said by the musicians to be the quickest Arabian music, which was at a highly sophisticated stage then.

He stood with his music against the social ills, calling for progress and prosperity and the uplifting of Egypt and the Egyptian industry. He created the national anthem depending on the Egyptian Leader Mustafa Kamel’s speeches.

At the age of 30, Darwish was hailed as the father of the new Egyptian music and the hero of the renaissance of Arab music. He is still very much alive in his works. His belief that music was not merely for entertainment but an expression of human aspiration imparted meaning to life. He is a legendary composer remembered in street names, statues, a commemorative stamp, an Opera house, and a feature film. He dedicated his melodies to the Egyptian and pan-Arab struggle and, in the process, enriched Arab music in its entirety.

Darwish’s output was prolific, including 26 musicals as well as about 260 songs. Today, such songs as Peace Oh Peace (Salma Ya Salama), Visit Me Every year“ (Zuruni Kull Sana Marra) or Al-Hilwa Diy Qamit Ti’gin , I Fell In Love (Ana Haweit ) are sung throughout the Arab world and have been re-orchestrated. The words of Egypt’s national anthem were derived from one of Mustafa Kamel’s best-known speeches, which Sayed Darwish set to music. He prepared a song for Saad Zaghlul’s return from exile.

Darwîsh’s stage production is often clearly westernized as the traditional Takht was replaced by an European ensemble, conducted by il Signore Casio. Darwîsh’s maestro. Most of his operetta tunes use musical modes compatible with the piano, even if some vocal sections use other intervals, and the singing techniques employed in those compositions reveal a fascination for Italian opera.

The light ditties of the comical plays are, from d modern point of view, much more interesting than the great opera-style arias. But his major contribution to the turn-of-the-century learned music is better understood through the ten adwar (long metric composition in colloquial Arabic) he composed until his death.

Aged 31, Darwish died out of a heart attack  in 1923 in Alexandria, the same day Saad Zaghloul was  released from his exile. Some opinions argue that the cause of his death is still unknown while others believe he was poisoned . He is still regarded as a noble and adored figure.