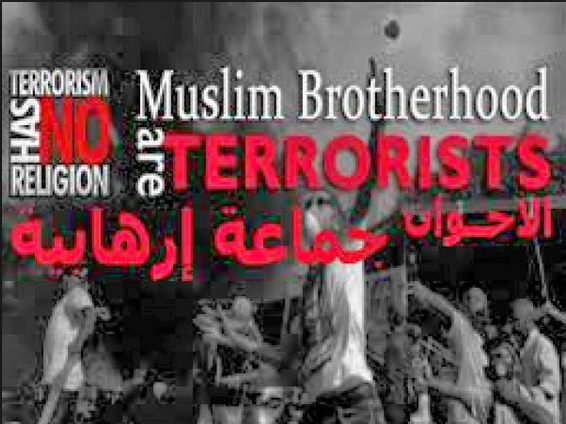 Muslim Brotherhood: Agent of Terror in the Middle East (1)

In January of 2010, one year before the onset of the January 25 Revolution, and precisely after its latest Guidance Bureau elections, Muslim Brotherhood (MB) group embarked on a strategic plan to rid itself of accusations of terrorism and bring back the philosophy of Sayyid Qutb to life.

Qutb was the Brotherhood’s leading member and ideologue in the 1950s and 1960s.

The 8th Supreme Guide (murshid) of the Muslim Brotherhood, Mohamed Badei, insisted on several occasions that the Brotherhood only used violence to fight Zionists occupying Palestinian land and against the British soldiers during their occupation of Egypt back in the first half of 20th century.  He assured that, in the future, the Brotherhood will resort to violence only against the enemies of Islam.

Does it not sound strange that the same words were printed before in “The Reality of the Secret Apparatus”, the famous book penned by Mahmoud El Sabbagh, one of the leaders of the clandestine organization inside the Brotherhood, in which he says, “There are two types of terrorists; those who fight the enemies of God and terrorize them. These are kind-hearted, sentient beings. They only terrorize for the love of God. The second type of terrorists is those who are hardened, cruel with heartless souls.”[1]

The relationship between the Brotherhood and violence has been the main focus of many studies on the history of the Muslim Brotherhood.

We can trace back the beginning of the formation of group between 1940 and 1942.  From 1942 to 1944, at the time of El Wafd-party government, the Brotherhood reached an unannounced agreement with the government allowing them to continue their activities across Egypt as long as they do not resort to violence.  This helped the Brotherhood in gaining as many followers as it can, and thus they became a power to be reckoned with.

To encompass the surge of people joining the Brotherhood during that time, the Brotherhood’s founder and spiritual leader Hassan El Banna introduced the ‘Families System,’ that is, small groups of members consisting of five people.  At the time, it seems that the Brotherhood’s founder also created the ‘Private Entity’ or what others would call the ‘Secret Apparatus, but there is no accurate date to this.  Indeed, this tells us that there has never been an accurate date to when the Private Entity was formed. However, some Brotherhood members say that it dates back to between the 1930s and 1947, highlighting how vague and mysterious it was. [2]

The Private Entity consisted of three main branches; civilian, military, and police.  More specialized, sub-branches were created included, the ‘Armament Apparatus, and the ‘News Apparatus’. The latter served as the intelligence department of the Brotherhood.[4]

A lot of historians believe that the formation of the Private Entity is the natural and logical progress of the philosophy of El Banna.  During a conference held in 1938, El Banna was asked, “Does the Muslim Brotherhood intend to use force to reach their goals?” to which El Banna clearly and proudly replied, “The Muslim Brotherhood must be strong and work forcefully.”[5]