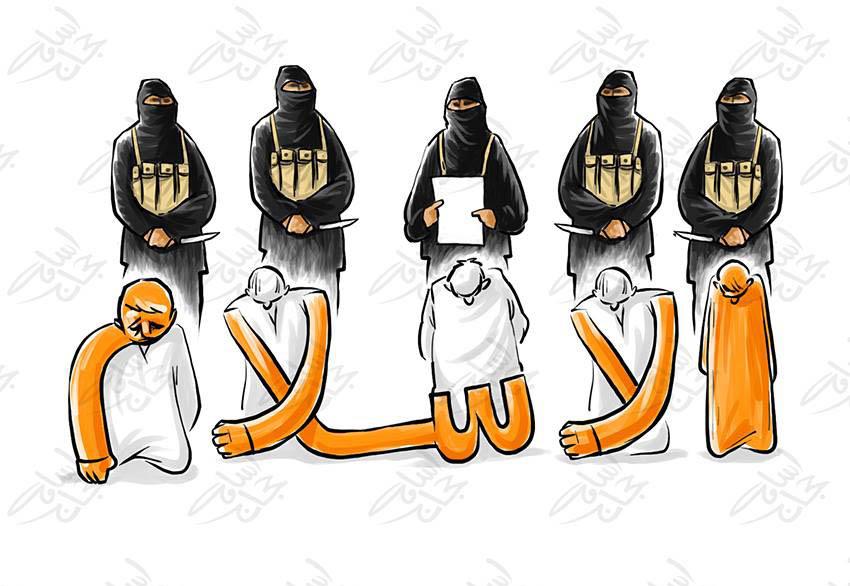 A new review and bout Islam and its relation with terrorism

Islam and Terrorism: An Incomplete Narrative

Canberra – This is a narrative that centres on placing the blame for terrorism solely on Islam, and it ultimately leads to nationalism, the propagation of fear and the violation of rights. While it is undeniable that there is a link between Islam and terrorism, we should take a closer look at what this connection is.

Accepting an argument of Islam as the sole reason for terrorism depends on holding several beliefs that are widespread, but incorrect, including that Islam is uniquely and inherently violent; that religion is separate from the influence of politics; and that secular systems do not preach atrocity. But the truth is far more challenging to accept.

The incomplete narrative of Islam as an inherently violent religion, and of terrorism as a unique problem to Islam, is constantly reinforced. Australia’s Prime Minister Malcolm Turnbull has made a point of using the phrase “Islamist terrorism”, describing it as a “war within Islam”. In the aftermath of the 2017 London terror attacks, One Nation’s leader Pauline Hanson took to Twitter to ask us to “stop Islamic immigration before it is too late”. Writers for The Australian, like Gerard Henderson, often accuse the ‘Left’ of being apologetic for Islam and “incapable of acknowledging the terrorist threat” Islam poses.

The counter argument of those who can see a problem with Islam being vilified for terrorism is often to state that Islam is a religion of peace, or to quote a statistic of being more likely to be hit by a bus, than to be killed by terrorism. However, such a response is also problematic in its simplicity because it trivialises the trauma of terrorism for its many victims around the world. To me, it is undeniable that a connection exists between terrorism and Islam and this shouldn’t be in question.

But what we should question, is the fact that most of our narrative surrounding this link today either defines or denies it too simplistically.

If terrorism were purely a product of Islam and its teachings, there would have been ongoing extremism and bloodshed since the religion’s inception, more than 1400 years ago. From the middle of the 8th Century or so until our present times — where we have watched terrorism unfold — there has been little violence in the name of Islam. Those who are invested in reinforcing the idea that Islam preaches violence will point to the early conquests after the Prophet Muhammad’s death. But as explained by Karen Armstrong, one of the world’s leading authors on religious affairs, in books such as The Case for God, these battles were not religious wars but were driven by a quest for power that was largely political.

Other, now deeply engrained, views in our psyche are that Islam was spread by the sword and that the Quran, the scripture of Islam, calls for a violent ‘jihad’, or holy war, against infidels. In reality, the Quran condemns violence and the coercion of the acceptance of Islam, and emphasises respect and reverence for everyone and for the Abrahamic faiths preceding it. More than as a reference to holy war, the Quran describes ‘jihad’ as a battle with one’s own ego. Where it is used to denote war, it is within the context of describing the resistance to persecution of the prophet Muhammad and his followers.

If anything, the bloodiest battles in the name of religion were the Crusades of the 12th Century, which were fought at the behest of the Latin Church and the Pope. The Crusades saw the killing of countless Jews and Muslims, in Christian Europe’s attempt to recover its then beleaguered position in the world where it was in the throes of the Medieval period.

If we begin to view religion as a system which can be conveniently mobilised by those with an agenda to promote violence in their quest for power, we can better understand the problem of terrorism. Islam today is in its own beleaguered position. During roughly the same period of the Crusades and subsequent Mongol invasion of the Islamic Empire, the Byzantine stronghold began to crumble and the tide began to turn on the ‘Golden Age’ of Islam, which was hitherto marked by a period of unprecedented gains in science, maths, philosophy and the acquisition of knowledge. Though the subsequent Ottoman Empire of the 13th Century, which spanned much of the Muslim world, thrived in its earlier period, by the 17th and 18th Century, progress was coming to a halt for a variety of reasons, including the perpetration of mass atrocities, and an inability to appreciate the importance of science and education. By the end of World War I, in the 1920s, the Ottoman Empire was partitioned by the United Kingdom and France, into the Arab nations of today, leading to a mentality of colonisation that is widespread throughout the Muslim world.

The patriarchal power systems established by the rulers of these nations, and their centralised authoritarian structures, left them lacking in any real unity and strength, opening up many of these countries, like Iraq and Syria, to invasion. The rise of terrorism in the Middle East, then, cannot be separated from the political power plays, where weak but resource-rich countries are invaded by the West, and power vacuums are created through the toppling of established systems. After more than a decade of violence, death and chaos in these regions, it is not difficult to see how these power vacuums are filled with those who have a depraved vision for regaining power, using Islam as an already widely established system which can be manipulated to appeal to a sense of grievance in the region.

Islam then, is not unique as a system which can be used to promote a warped message. Any system widely adhered to, can be used to elicit violence, if the political conditions so require. This is not different to the Crusades of Christianity or even the secular systems we place unwavering faith in today, like democracy and capitalism. The governments of our Western nations, utilise the libertarian system of democracy to justify war across the Middle East. The capitalist system generates the oppression of those throughout the developing world, who work for miserly pays in meagre conditions, so that we may have cheap consumer goods throughout the developed world.

So while it is incorrect to deny a link between Islam and terrorism, it is only valid in the context of the link between any belief systems and the sinister dance it dances with politics and power. It is a link which exists, not because of the Orthodoxy of Islam, but because of a departure from it. The reason this is important to acknowledge is because our understanding of the problem determines the solutions we implement.

Right now, across much of the globe, the solution to terrorism is predicated on the false assertion that Islam is uniquely an inherently violent doctrine. As we have seen, the natural response to this narrative is to create a climate which is hostile to Muslims and immigration, and to increasingly tighten national security legislation promoting unchecked intelligence powers and ubiquitous surveillance. The effect of this will be to add further grievances to the already depraved acts of terrorism, creating an increasingly fractured world and dystopian nation states as power is centralised into the hands of individual government ministers.

Unless we find ways to break the chains of the false narrative in which we are shackled, we will only see continued grievances and increasing hysteria. At a time when the world needs intelligence and courage the most, the stakes are high – our civil liberties, our cohesion as a society, and our kindness to one another, depend on it.