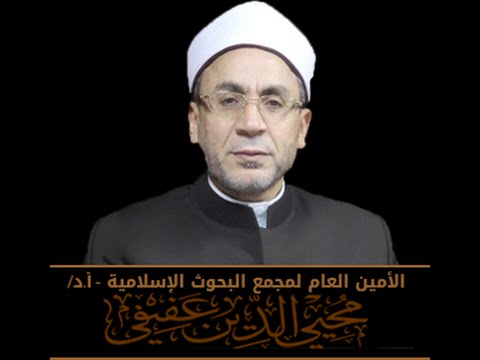 Egypt’s Islamic Research Academy launched a range of initiatives during the latest months aiming to promote moderate ideas, including preaching cafes and metro stations in Cairo. The initiatives came after the decision to keep academy’s Director General Mohei Al-Din Afifi in his position.

“Al-Bawaba News” conducted an interview with Afifi to discuss the latest activities of the academy and its role to combat the ideas promoted by the extremist groups:

Preachers can give fatwas to people in Cairo’s metro stations

How do you assess the steps to renew religious discourse?

Renewal of religious discourse is considered an open mission that we cannot say that it is done. Egypt’s Al-Azhar took serious steps to control the preachers and we supported these steps. We need a new religious discourse that could deal seriously with the people’s problems and concerns in their daily life.

What are the major objectives of allocating preachers in metro stations?

The main objective behind this initiative is to address the people directly and to provide short awareness-raising information messages directly to them regarding the burning issues that need to be discussed. The initiative aims also to provide new source of fatwas close to the people to prevent them from the extremist muftis who turn to launch ill-considered fatwas.

What is the role of your academy to renew religious discourse?

Islamic Research Academy is considered the major Islamic authority which is responsible for reaffirming the fundamental concepts of Islam. Our preaching does not depend on preachers in mosques, while to increase public awareness in the street and different institutions of the Egyptian state, including the ministries of Interior, Education, Culture and Solidarity.

How do you assess the role of female preachers?

We have over 200 female preachers working with Al-Azhar. We provide them with training courses in cooperation with International Center for Population Studies. They focus on discussing specific issues related to the family, including violence against women, divorce and the woman’s right to participate in social life.

Many people criticize Al-Azhar’s role in dealing with Al-Aqsa crisis.. What is your opinion?

What is your comment on proposals submitted by parliamentarians to cleanse Al-Azhar from the Brotherhood?

Al-Azhar realizes the scale of challenges facing Egypt during the current critical period. A large number of members of Muslim Brotherhood have been excluded from their positions in the Islamic institution for not respecting the laws of the country.