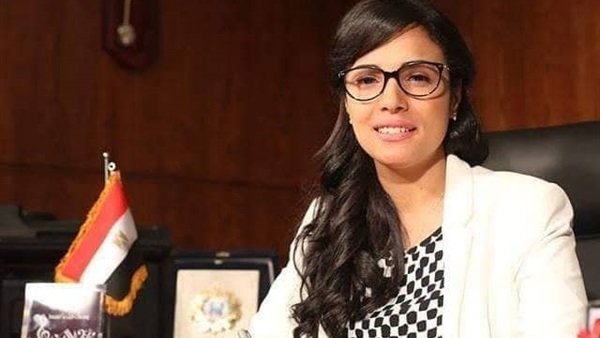 We talked in the previous episode about music as an effective tool that serves medicine and doctors and is an important element in treating disturbances in the body’s rhythm. Relaxing with music and achieving a certain percentage of compatibility between breathing and pulse rate from 1 to 4 is useful in cases of anxiety that play an important role in asthma, coronary diseases, high blood pressure, severe migraine and other diseases.

Difficulty breathing is treated and the fingers of the hand are strengthened, and the rhythm movement in the body may change depending on the psychological state or stress, such as feeling fear or joy, or making a physical effort such as running. Noise contributes to disturbing the regular rhythms in the body and losing the rhythm, while regular beats of music work to restore order within the body and to launch its activity without tension or disturbance. In this episode, we continue to talk about the uses of music therapy.

Motor impairment has many manifestations, including difficulty or impotence of movement of the legs or arms.

The causes of this disease may be due to paralysis of some vital centers in the brain, a result of polio, or a congenital deformity of the spine, etc.

Because sounds generate movement and muscle energy increases according to the strength and layer of the sound effects, researchers have found that different musical factors have a strong effect on muscles.

Using musical selections as influences, Tarchanov noticed that music has a strong effect on muscle activity, which increases or decreases according to the animals used. From this point of view, some specialists indicated that they have noticed that music has definite benefits for the development of movement for people with physical impairments.

McAlister, Roan, Gilland and Sister Josepha emphasized that playing musical instruments is a way to increase muscle strength and joint movement, and that it is possible to increase the movement or endurance of a specific part of the body and increase compatibility between different body parts.

As for the social benefits that music provides to the disabled and non-disabled, it can be said that they differ in degree, not in type.

Allen stresses the importance of using group musical activities to stimulate interpersonal relationships between children with disabilities, because these children have little or no opportunity for each other as part of a group.

Some of the psychological benefits of music have a special value when applied to the disabled. One of the creative aspects of music is that it allows unilateralism in performance, which prompts a physically disabled child to contribute to this performance with a degree of success, and this in turn helps compensate for his other deficiencies and thus elevates his feelings of self-confidence and responsibility.

Researchers Klingmann and Bloström have pointed to the value of performing music in terms of compensation, as it works to exercise specific parts of the body. Playing the piano, for example, helps to straighten and bend the fingers in the event of insufficient movement of the fingers, while playing the harmonica helps to control the hands (grasping and extending) and moving the hand close to the mouth. Also, these musical exercises give a boost to the psyche of disabled children. When they participate in group music, they feel that they are an important member in the group and that they contribute to activities like others, which creates a sense of self-confidence and self-worth.

Klingmann and Bloström also referred to a case in which playing an instrument was directed at a psychological goal. A girl whose right arm ends at the wrist and the left arm at the elbow learned to play the trompone, which was made in a way that suits her disability, so that it could be moved with the foot instead of hand. The satisfaction and self-confidence as a result of the girl’s success led to trying to play the piano, even without using prosthetic limbs. She was actually able to play a simple soprano and some alto parts in this way.

In 1985, a study appeared about the effect of music on treating muscle tension. It indicated that soothing music reduced the degree of tension by 99%, while exciting music led to the opposite results of increasing tension.

Experts have come to know the effect of different musical instruments on movement functions in the body, as well as the effect of musical and lyrical forms on achieving the same goal.

The most prominent of these discoveries can be summarized as follows:

As the respiratory difficulties of these patients are many, they are given breathing exercises in the hope that they maintain the function of their breathing muscles. It is likely that the best machine to achieve this goal is the melodica. Since this instrument works with keys like the piano, it helps to strengthen the fingers.

Benefits breathing and swallowing, as well as increases vitality and self-confidence.

This type of activity is useful for movement because it works to tighten, relax and balance the muscles and the compatibility of the movements of the body. In addition, it develops the gift of creation, the ability to focus, imagination, balance, good taste and cooperation with others in the case of a group movement rhythm, as well as breathing.

The drum is used as a means of releasing emotional pressure for these patients, rather than being suppressed or appearing in the form of hostile words or actions.

Also, band rhythmic instruments are generally used for bone flexibility for the paralyzed and others.

The type of opera that gives music, dances, drama, art, clothing and makeup has proven to be the best fit for muscle flexibility in children and adults.

This is an easy-to-use machine that gives the opportunity to bend and straighten the wrist, resulting in muscle strengthening.

Sometimes the treatment of muscle weakness with music is the main treatment, while other times it is an adjunct to other treatments, depending on the type of deficiency of the patient and the directions of the treating physician.

We have already mentioned that music can stimulate different emotions, because its effect on humans is deeper than just creating a sense of euphoria, sadness, or meditation. Psychological reactions to its melodies affect the body parts.

Since ancient times, people have discovered the relationship between rhythmic movements and dance and the treatment of diseases. Although the scientific reason for this relationship was not known, of course.

Rhythmic dance means the movement of the body with the music in a specific rhythm. With the effect of this rhythmic movement, reactions appear on the entire human body, and in particular on the nervous system.

Indeed, rhythmic movement has many benefits, which have been confirmed by modern practical experiences. It contributes to coordination between the capabilities of the human body and increases the human confidence in his ability and creative activity, as well as its important role in treatment.

According to Radin, the great influence of music for the primitive man was that it was the greatest symbol of the power of the priest or the ancient physician, because of the belief in his ability to control spirits that bring about disease. When spirits become angry, and their anger is translated in the form of various diseases, then one of the most important elements of therapy is dance and music.

There are two methods of treatment through rhythmic movement to music: an ancient primitive method that represents the myths of the past, such as “Zar”, and a modern method based on scientific studies and experiments, such as the method of Emile Jaques-Dalcroze.

Despite all the victories of modern science in various fields, the remnants of the past still impose themselves on the present. The presence of pharmacies that express the latest methods of pharmacology has not prevented large sectors of citizens from searching in the shops of perfumers for a cure for their diseases.

The science of surgery has advanced to the point of success in transplantation, yet it has not been able to completely exclude the village barber from exercising his old influence in some of our readings.

The progress of obstetrics and gynecology has not prevented some people from seeking the help of a midwife during childbirth.

Even man journeying to the moon thanks to the introduction of astronomy and space technology did not improve our lives much following the influence of the astrologer and the belief in his ability to know the future by looking toward the movements of the stars and planets, which was one of the first specializations of modern astronomy.

These examples express an important fact, which is that the old and the new exist and coexist, or struggle, side by side, despite the belonging of the old first to the pre-science era, and the second belonging to the age of space, atoms and electronic computers.