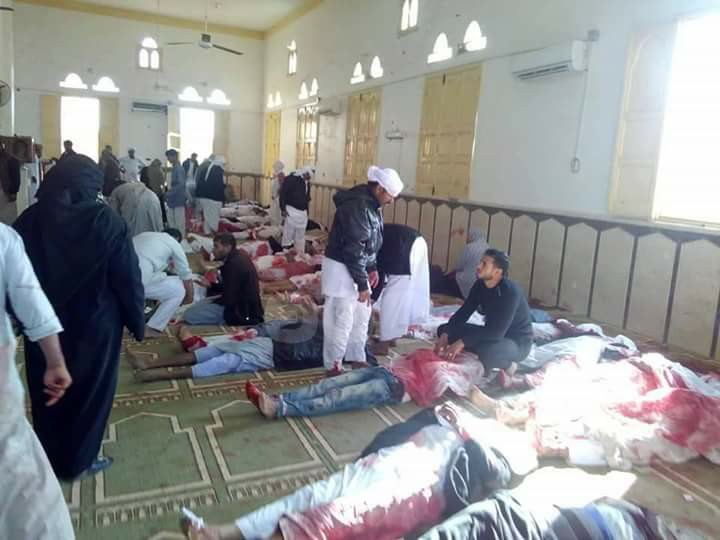 The number of martyrs in the Al-Arish terrorist attack, which took place on Friday, reached 54 martyrs and 75 injured, official sources told the Middle East News Agency.

As many as 55 people are believed dead in a terror attack that targeted a mosque in northern Sinai. Egyptian security officials say the attack left dozens of casualties, with one figure reaching as high as 75.

The social media users of the images of the site of a bombing targeted the perimeter of a mosque in the neighborhood of Alrawda in the city of Arish in northern Sinai on Friday, and resulted in the deaths and injuries.

A spokesman for the Ministry of Health, Dr. Khaled Mujahid, reported that 75 people were injured in the explosion. They were taken to hospital for treatment.

The attack is believed to be the work of jihadist cells operating in the Sinai. Egyptian President Abdel-Fattah el-Sisi is convening a meeting with his security cabinet to discuss the attack.

At the same time, a security source said in a statement to the Middle East News Agency noon today, that the immediate payment of experts explosives to find out the causes of the explosion and comb the perimeter of the mosque to ensure there are no explosive devices or explosive materials, pointing at the same time that was paid by reinforcements Umniah in all directions and main roads of El Arish. 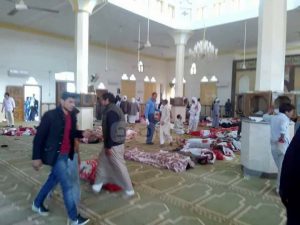 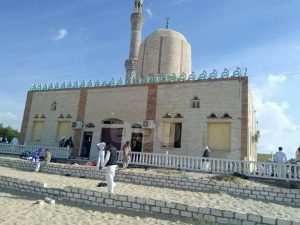 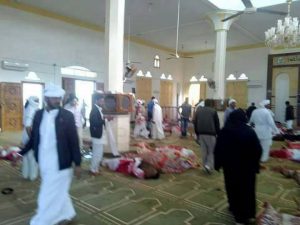 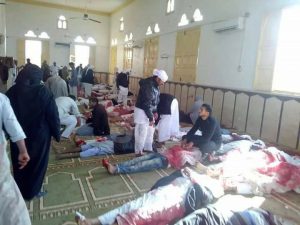