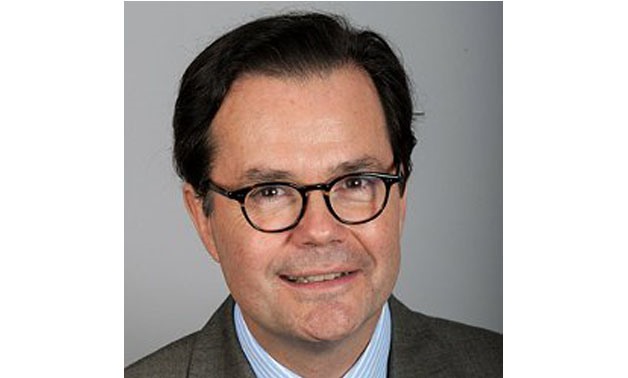 PARIS – 27 October 2017: French Ambassador in Cairo Stephane Romatet said on Friday that his country was looking forward to the visit of Egyptian President Abdel Fattah El Sisi to Paris.

Romatet underlined that France has chosen to be a strategic partner to Egypt.

In statements to MENA, Romatet noted that President Emmanuel Macron stressed France’s support for Egypt’s fight against terrorism as well as its ongoing economic reforms and that France is willing to offer help for Egypt in the fields of security and development.

Intensified meetings were held during Sisi’s visit to France in addition to inking a number of agreements at a cost of 440 million euro for funding various development projects, Romatet said.

Within the framework of boosting economic and trade relations between the two countries, the French ambassador said that a delegation of French companies will visit Egypt in November.