Latest Posts
00:20
Home Islamist Movements Millions on the move: how migration is re-shaping the world 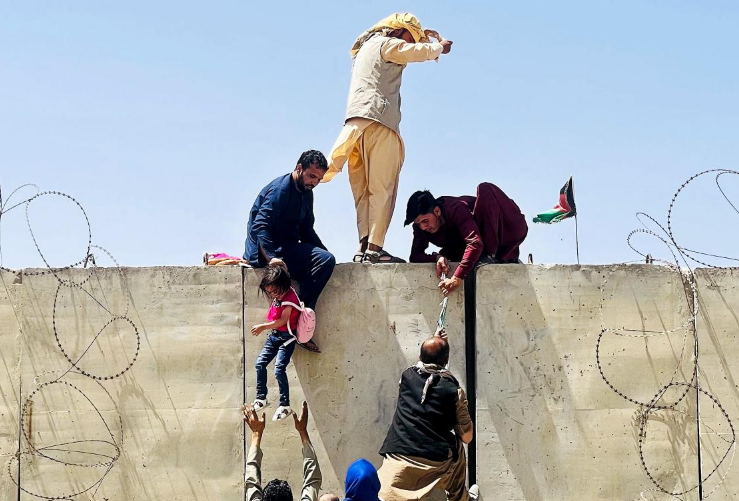 Millions on the move: how migration is re-shaping the world

The withdrawal of British troops from Afghanistan in the spring of 1881 at the end of the Second Afghan War contrasts sharply with the recent US withdrawal from the country. Most obviously, on that earlier occasion Britain pulled out having attained most of its goals. It left behind a friendly and, as it turned out, stable and sustainable government as opposed to the antagonistic regime that now holds sway in Kabul.

The idea of the 1881 withdrawal significantly destabilising the Afghan population was unthinkable. For a start, there were only about four million Afghans in the 1880s, against about ten times that number now. The overwhelming majority in the late 19th century were illiterate, closely bound to their villages and rural way of life and not likely to be going anywhere.

Today millions of Afghans — better educated, more urban, with smartphones — are able to conceive of a world beyond Afghanistan where life might be more agreeable. Whatever had happened at the end of the Second Afghan War, the leaders of Europe and North America had no need to contemplate a large wave of emigrants heading in their direction. That is a luxury our leaders do not enjoy.

Across the world, hundreds of millions of people believe there is a better life to be had elsewhere. Rapid population growth in the developing world has fuelled this; quicker, cheaper and more accessible travel means they can make a dream reality. For Europe, today represents the largest population shift since the great migration of people such as the Goths and the Anglo-Saxons, which followed the collapse of the Roman empire in the fifth century AD. The renewed flight from Afghanistan is, in truth, the tip of an iceberg.

In 2020 there were about 270 million people living outside their country of birth, representing a global population of migrants about four times the total population of the UK, three times the number 50 years ago and almost twice as many as in 2000. Many are long-settled and have not necessarily come far. Some of these global migrants are investment bankers and their families on expatriate assignments. But far more are on the long march from poverty to a modicum of prosperity.

From central America, where thousands set out hoping to cross the Rio Grande and become Americans, to the central Mediterranean, where Africans attempt to make the perilous voyage to Italy, teeming millions are heading for what they conceive of as the promised lands of the US or the EU. More than 40 would-be migrants died off the coast of Mauritania last week, bound for the Canary Islands and thus the EU — it made only a “news in brief” in the newspapers.

The US continues by far to be the largest recipient of migrants, with 47 million of its 328 million population foreign-born, a long way ahead of Germany, with at least 11 million (out of 83 million).

India and Mexico are the largest sources of migrants, with about 17 million people born in India living elsewhere and 12 million Mexicans. But this represents historic flows. With a growing economy and a falling birth rate, far fewer Mexicans leave home these days and many are even returning home. Not a single sub-Saharan African country ranks among the biggest 20 sources of emigration, but that is likely to change as populations south of the Sahara continue to boom and economies there in many cases struggle.

According to the UN there are 82 million “forcibly displaced people” in the world today. Some 68 per cent come from just five countries: Syria, Venezuela, Afghanistan, South Sudan and Myanmar.

Beyond the push of political instability and pull of economic prospects, climate change is increasingly regarded as a significant pressure. Movement of people driven by climatic calamities is nothing new; the Bible tells of Jacob and his family moving to Egypt because of drought. One think tank has suggested that the climate might displace more than a billion people by 2050.

In the UK, much is made of migrants sailing across the Channel. These latter-day boat people, although headline-grabbing, are a drop in the proverbial ocean. Last year they totalled perhaps 10,000. This was only a little more than 1 per cent of the total number of immigrants who arrive in the UK each year. The dinghies may be bad optics for the Home Office, but if that particular tap were turned off altogether, it would, numerically, make little difference. More significant are the 99 per cent of arrivals who enter by more conventional routes.

When I was born in the mid-1960s, as the child of a German-born mother, I was a rarity. Today well over a quarter of children in the UK are born to mothers from overseas. The makeup of UK’s nine or ten million migrants has changed much. Long-established south Asian and Caribbean populations were our largest immigrant communities, but in the years leading up to the Brexit as many were coming from the EU, particularly from eastern Europe, as from outside it. This has sharply reversed in favour of immigration from outside the EU.

In 2019, our largest migrant community still came from India, but was followed by Poland. In third place was Pakistan, followed by Romania. Brexit and Covid have shaken the figures up as many have returned home; they come back; they may be replaced by others. Further changes are likely in store. More than five million Hong Kong residents have been given the right to live in the UK. Tens of thousands have applied to come as Beijing tightens its grip.

The British government has pledged to give refuge to 20,000 Afghans. Tragically for many of the Afghans who would be on the list — those who have in some way assisted our mission and are therefore under greatest threat from the Taliban — there is no clear or safe path to Kabul airport and out of the country.

But we can be sure that, one way or another, far more than that number, wherever they land, are going to be heading out of Afghanistan with arrival and settlement in the UK in their sights.

The fact is that geostrategic disasters will happen. There are those who argue that if the West intervenes in conflicts, it must be prepared to pick up the pieces in terms of the consequences by way of migrants. The West’s involvement in Syria has been peripheral, but that has not prevented millions of Syrians from fleeing their war-ravaged homes, many in the hope of starting new lives in Europe. They are not heading for Russia or Qatar, which have been much more directly involved in the Syrian conflict. There is no simple relationship between intervention and immigration.

Regardless of what it does or does not do, the West, specifically Europe and North America, with their relative security and high living standards, will continue to be attractive destinations for those fleeing from points south and east.

The West as a whole cannot control events across the world, still less can the UK. Even if wise interventions, generous aid and open trade could ensure political stability and economic progress everywhere, it would be decades before life in Kinshasa or Kathmandu became as pleasant as life in Kilburn or Kirkcudbrightshire.

Mass migrations are not going to reduce any time soon. The question really is what happens when migrants get to where they want to go — and whether they are welcomed or spurned. There is doubtless a positive side of immigration. It has certainly boosted numbers, particularly of young people, in societies which for generations have had too few children to replace themselves.

There is not a country in Europe or North America with above replacement fertility rates, and many have family sizes that will ensure significant falls in population. Germany’s population would already be falling without immigration. In Japan — a country that strongly resists permanent settlement from outsiders — the population is declining by more than 100,000 a year. That trend will continue, accelerate and spread. Shortages of people of working age will become a headache for those trying to staff health services, nursing homes or restaurants

But immigration is no free lunch. Depending on its source, it changes the ethnic mix of a country. The number of people identifying as “white” in the US have fallen from almost 90 per cent of the population in 1960 to barely 60 per cent today. US white people are older, and even without further immigration will see a decline in their population share.

Similar trends are underway across much of Europe. In Germany, the five or six million Muslims — almost all immigrants or their descendants — have an average age of barely 30 compared with the late forties for the population as a whole. A more Islamic Germany may be a better or a worse Germany but it will certainly be a different Germany. When nearly a million mostly Syrian and Afghan migrants arrived there in a single year (2015) there was an outcry; support for Angela Merkel slumped while that for the far-right AfD soared. At one point, 70 per cent of Germans said immigration and refugees were their greatest concern.

In Greece, fears of a surge in migration from Afghanistan have led to the construction of an imposing fence with automated surveillance system, running for 25 miles along its border with Turkey.

Some may consider immigration and ethnic and religious change as a good thing. Others may prefer not to mention it. But for good or ill it is having a big impact on politics. Migrant populations have their own interests and attitudes. Their numeric rise can lead to a backlash. Worry at the speed of ethnic change was an important factor behind the Trump vote, and many of those who voted for Brexit were keen for the government to “take back control” of our borders.

For a sovereign country, however, nothing is inevitable. With political will, borders can be closed — or opened. Migrants can be attracted — or discouraged. The makeup of the population will determine what sort of country we are. Efforts to deal with migrant crises at the EU level have largely failed, leaving it to individual countries to cope, whether they are in the union or not.

The nation must decide what and who it wants to be, and can institute steps to realise that decision. In the absence of open discussion, the ground is laid for extremists and conspiracy theorists. With so much at stake, it is time to put aside the taboos and for us to have an open and honest conversation, to reach conclusions as a country, and then to have our politicians implement them and be held to account if they fail to do so.