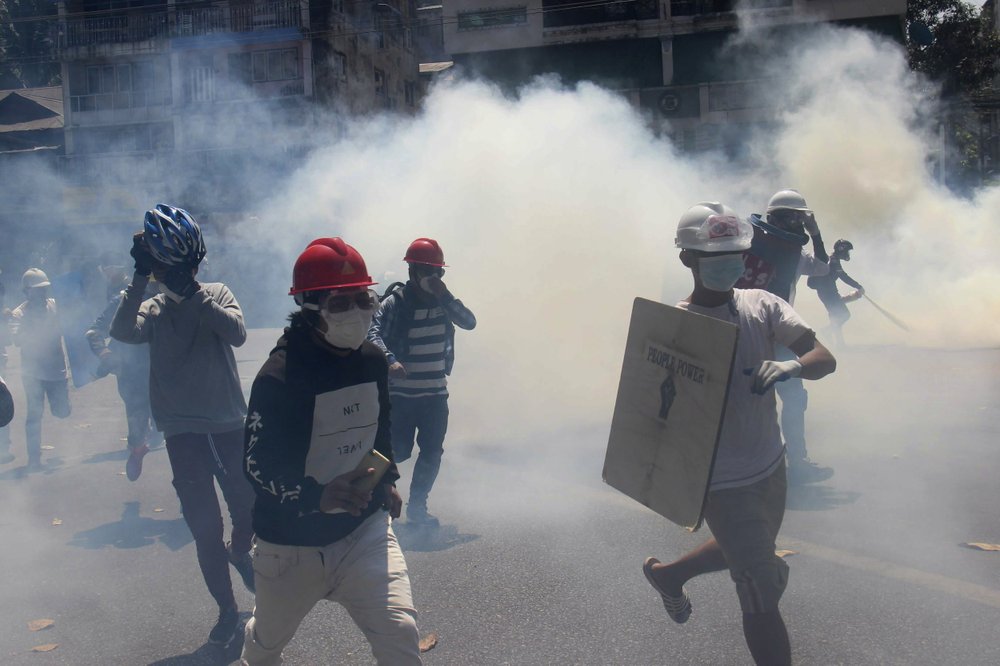 Myanmar protesters bury their dead, promise to fight on

Protesters across Myanmar promised more demonstrations against last month’s military coup on Thursday, as they remembered the dead after the bloodiest day in the clashes between civilians and the military to date.

“Despite all the brutal shootings and killings, we will continue to go out without resting one day. See you tomorrow,” wrote Maung Saungkha, a well-known protest leader, in a late Wednesday Facebook post.

People gathered across the country to pay respect to the dead, placing flowers in their memory and singing pro-democracy songs. There were also reports of fresh protests.

Christine Schraner Burgener, the UN special envoy for Myanmar, said her agency counted 38 dead on Wednesday, making it the bloodiest day since the February 1 coup. There were fears the death toll could also rise, since some people were seriously injured after security forces responded to protests with live ammunition.

But protesters said they would not stop.

“We have to do what we should do. We have to fight for justice and for the souls we lost because of this terrorist army,” Wai Wai, 45, told dpa by phone from Mandalay.

She was at the funeral of a 19-year-old protester who died after being shot in the head in that city.

Another protester, from Monywa, where six died on Wednesday, told dpa by phone that the violence was actually bringing more protesters out into the streets.

“This is not the way to rule the country by killing people. The army thinks that the civilians will be afraid if they kill us but it is not true,” said the protester, who wished to remain unnamed.

Protesters have demanded an end to military control and want de facto leader Aung Sang Suu Kyi to be set free. She is under house arrest and faces charges ranging from sowing disorder to illegally importing walkie talkies.

Coup leaders have alleged without proof that Suu Kyi’s National League for Democracy engaged in vote tampering in November elections. But outside analysts point out that Suu Kyi’s party is very popular in the country and that it is more likely that the military is shocked by how poorly it did in the polls.

The country’s constitution guarantees the military control of key agencies and enough seats in the legislature so that it can block critical changes.