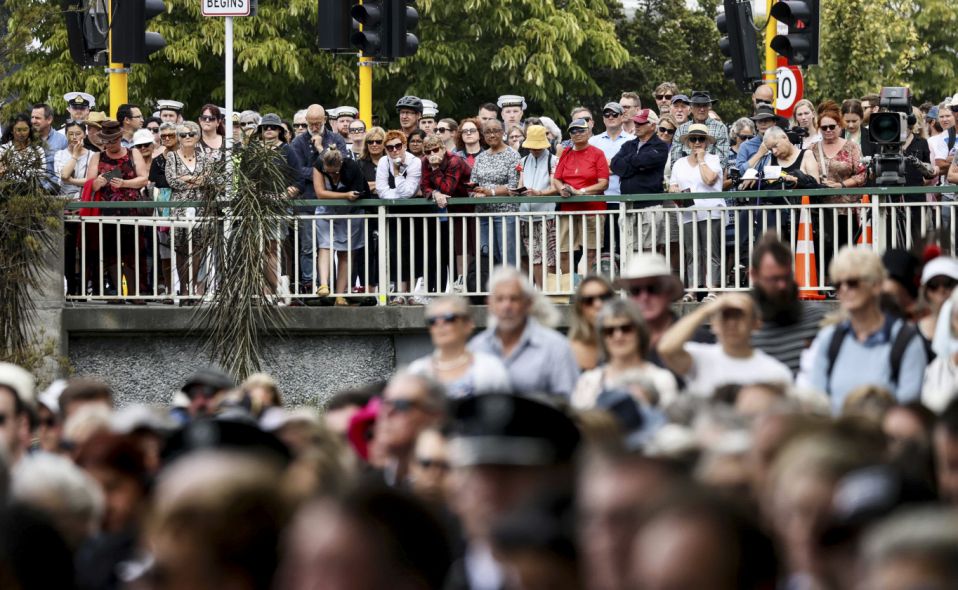 Flags at New Zealand’s parliament and local public buildings were flying at half-mast on Monday, to mark a decade since the deadly Christchurch earthquake.

The 6.2-magnitude quake, in the South Island’s largest city, killed 185 people and caused significant damage to buildings and land in the area.

A service to commemorate the tenth anniversary of the quakes began with a blessing from local Maori tribe Ngai Tuahuriri.

The names of the 185 people who lost their lives were then read by first responders and members of the community, before a minute of silence was observed.

Prime Minister Jacinda Ardern made particular mention of the 87 victims who were foreign nationals, and their families who may have not been able to travel to New Zealand for the memorial due to the coronavirus pandemic.

“Our flags fly at half-mast for them today too,” she said.

Ardern acknowledged those that lived through the quakes, including the children.

“The toll could not have been more significant, and daily reminders made it harder. A fractured landscape, aftershocks, struggling friends and neighbours, and children with deep and unseen scars. Ten years on there will be people still living their daily lives with the long shadow of that day,” she said.

Although the past decade was difficult for Christchurch she saw “hope and energy and optimism” in the coming decade, Ardern said.

Wreaths were laid at the Memorial Wall while members of the public threw flowers into the Avon River in a symbol of remembrance.