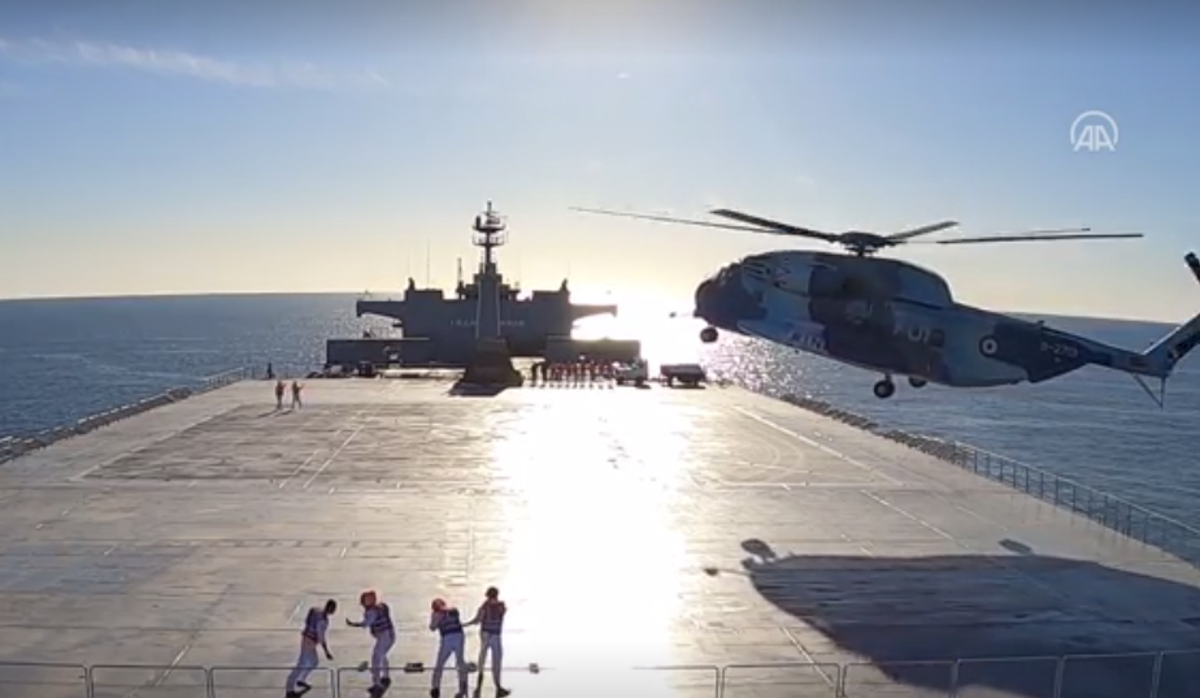 Iran fired cruise missiles Thursday as part of a naval drill in the Gulf of Oman, state media reported, amid heightened tensions with the US.

Various kinds of surface-to-surface cruise missiles successfully hit their targets in the gulf and northern part of the Indian Ocean, the report said.

“Enemies should know that any violation and invasion of Iranian marine borders will be targeted by the cruise missiles from both coast and sea,” said Adm. Hamzeh Ali Kaviani, spokesman for the exercise.

Images released by the navy showed the missiles being launched and hitting their targets, The Associated Press reported.

The two-day drill began Wednesday when the country’s navy inaugurated its largest military vessel. The exercise takes place amid heightened tensions over Iran’s nuclear program and a US pressure campaign against Tehran.

In recent weeks, Iran has increased its military drills. On Saturday, the paramilitary Revolutionary Guard held a naval parade in the Arabian Gulf and a week earlier Iran held a massive drone maneuver across half the country.

President Donald Trump in 2018 unilaterally withdrew the US from Iran’s nuclear deal, in which Tehran had agreed to limit its uranium enrichment in exchange for the lifting of economic sanctions. Trump cited Iran’s ballistic missile program among other issues in withdrawing.

Following the US’s re-imposition of sanctions on Iran, Tehran gradually and publicly abandoned the deal’s limits on its nuclear development as a series of escalating incidents pushed the two countries to the brink of war at the beginning of the year.