Latest Posts
15:36
Home News Britain ‘not certain’ how much more deadly variant might be 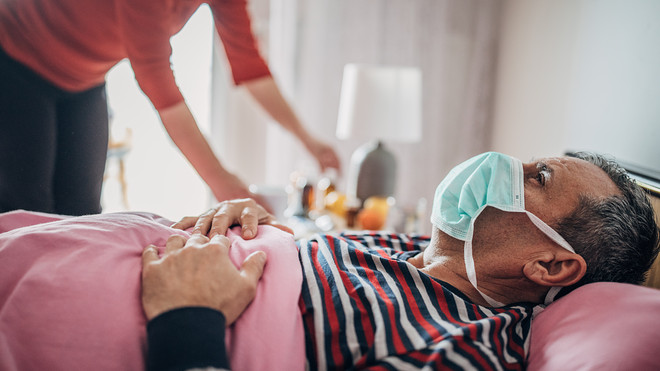 Britain ‘not certain’ how much more deadly variant might be

The British government has somewhat rowed back on a claim that the mutant coronavirus strain first discovered in Britain is deadlier than previous variants.

Health Minister Matt Hancock said on Sunday the government was “not exactly certain” about how much more deadly the mutation known as B117 was.

“Scientists do think that it may be more deadly … we are not exactly certain about how much more deadly,” Hancock said in comments carried by the Press Association news agency

However, British scientists had proven that the mutation, which was first discovered in south-east England, was more transmissible, he added.

On Friday, Prime Minister Boris Johnson said there was evidence that the new variant is deadlier than the one that has prevailed so far, the first time this was publicly suggested by a high-level official.

Meanwhile, Jonathan Van-Tam, Britain’s deputy chief medical officer, urged vaccinated people to stick to coronavirus restrictions as they may still pass on the virus to others.

“If you change your behaviour you could still be spreading the virus, keeping the number of cases high and putting others at risk who also need their vaccine but are further down the queue,” Van-Tam said, according to PA.

Britain is vaccinating hundreds of thousands of people daily, with 5.8 million of its 66 million inhabitants having received the jab so far.