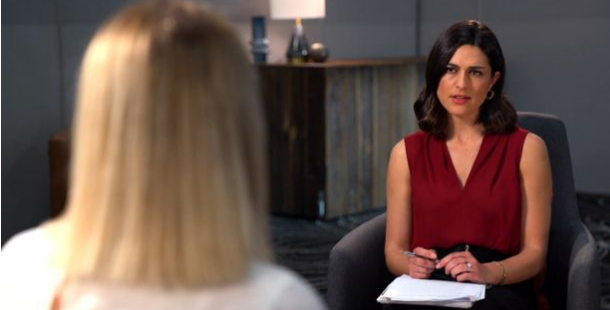 An Australian victim of a humiliating search conducted at a Qatar airport last month is speaking for the first time to 60 Minutes about the horror she experienced.

The young woman, who does not wish to be identified, was one of 13 Australian women ordered off a flight from Doha to Sydney on October 2, and subjected to an invasive medical exam at Hamad International airport.

The woman said she was ushered into an ambulance waiting on the tarmac and told to take her pants off.

The Qatari Government said the search was triggered by the discovery of a premature baby ‘discarded’ in a bathroom bin in the terminal but has since acknowledged that medical examinations and strip searches were not standard procedure and those involved could face criminal charges, although none have been laid yet.

The woman was returning to Australia from London, where she and her husband had lived for three years, when she boarded flight QR908.

Like many Australian expats living overseas, the couple had struggled to secure flights to return home and were elated when they first made it to Doha airport with just one leg of the journey remaining before they were on Australian soil.

In all, 18 women including 13 Australians, were marched off the plane by armed police, who spoke no English, and taken to an area of the tarmac where two ambulances were parked.

The women said they were not told where they were being taken or why.

“I was worried if I said no, what’s going to happen to me in this country?” she says.

“I remember laying there thinking, ‘This isn’t right. This is not how this is supposed to happen.'”

Qatari authorities have confirmed the baby found in the airport bin is now safe and has received urgent medical care, but the mother is still yet to be found.

Qatar’s Prime Minister has since issued an apology, describing the incident as “unacceptable” and promising to “hold those responsible… to account”.

But the woman says she and the other women now living with the memory of what happened to them in Qatar are forever scarred by the traumatic experience.

“[Our] basic human rights were completely taken away….we just wanted to get home.”