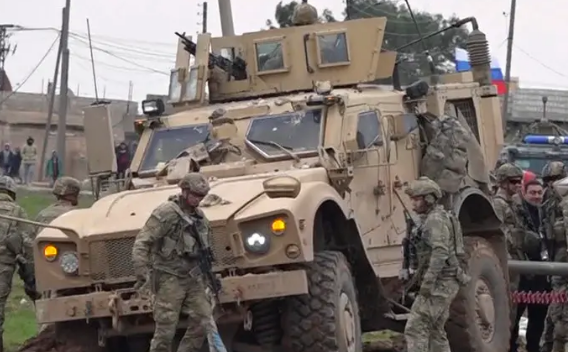 The US-led coalition fighting ISIS said its troops opened fire on Wednesday at a checkpoint in northeast Syria after they came under small arms fire.

In a statement the coalition said the situation was de-escalated and the patrol returned to the base.

Earlier, Syrian and Turkish media said one person was killed in the shooting at the checkpoint and that US warplanes had carried out at least one air strike subsequently. The coalition statement made no reference to any air strike.

The US has around 600 troops stationed in northeast Syria, according to US Defense Secretary Mark Esper.

US President Donald Trump had announced the withdrawal of US troops from northeastern Syria in October, 2019. At the time, there were around 1,000 troops in the country.

The move was seen as a green light for Turkey and Turkish-backed Syrian fighters to launch an incursion into the region to fight against Kurdish-led Syrian Democratic Forces and establish a “safe zone” for the return of Syrian refugees from Turkey.

However, US troops remained in the region after the pullback, with Trump saying they would protect oil interests in northeast Syria.