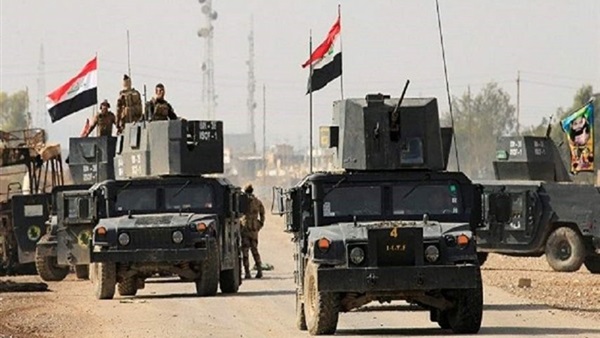 The Iraqi security forces have launched a major offensive to hunt down Daesh militants in Iraq’s western province of Anbar and border areas with neighboring Syria and Jordan, the Iraqi military said.

Late in 2017, Iraq declared full liberation of its territories from Daesh after Iraqi forces seized the whole border areas with Syria and nearby desert in western Iraq.

However, groups and individuals of Daesh militants still try to infiltrate into Iraq from neighboring Syria through the roughly 600 km long border with vast rugged areas and desert land.

The troops pushed in five routes to clear 26,238 square km of areas of the remnants of Daesh militants and to promote the stability across the province, the statement added.

“Iraqi warplanes of F-16 and Sukhoi began flying at very low altitudes in the operation’s areas and nearby city centers in response to the requirements of ongoing operation,” the statement said without giving further details.

Anti-terrorism experts affirm that Daesh is officially over in Iraq, however, a new group will appear in the coming period in a new name with the same ideology and extremist ideas.

Egyptian anti-terrorism expert Hatem Sabry told The Reference in an interview is that such operations in Iraq currently aims at wiping out the remnants of Daesh.

He added that Daesh remnants whether will return to their countries, or become mercenaries fighting for Turkish President Recep Tayyip Erdogan in Libya.

In press remarks, Egypt’s former assistant minister of foreign affairs has clarified that the international coalition did not take part at the Iraqi operation because what happens in Iraq is the result of a conflict between two forces, namely the United States and Iran, pointing out that Iran was the main reason.

He added in an interview with The Reference that Daesh was originally made by U.S. intelligence based on al-Qaeda grounds, affirming that a new terrorist group will be announced soon with the same ideology and a different name.

He also pointed out that U.S. withdrawal from Iraq was just for a bigger and more stronger return, affirming that the U.S. will never leave Iraq in the hands of Iranians, neither will Iran let Iraq be Washington’s playground.